Why did Indian state of Manipur announce independence from India?
30 Oct, 2019 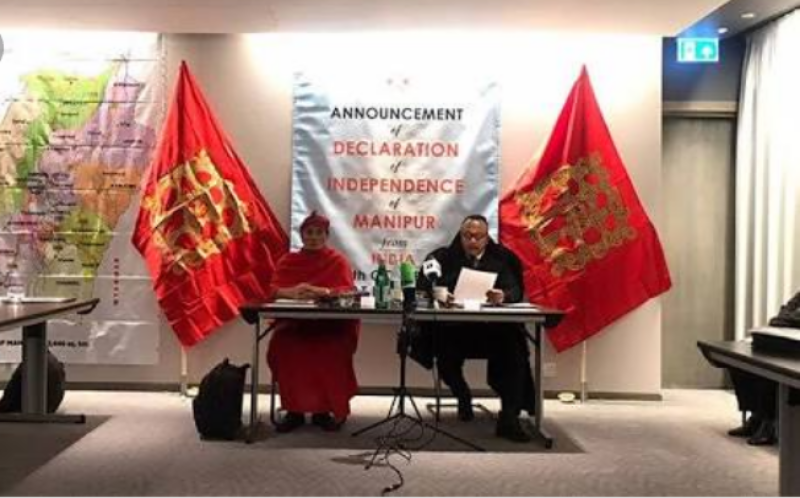 NEW DELHI - The formerly princely state of Manipur had become part of India in 1949 after New Delhi gained independence, but the people of the state dispute the succession and have been waging a decades-long violent separatist campaign, reported *Al Jazeera*.

The last ruler of Manipur Bodhchandra Singh signed the instrument of accession after he feared that Burma (now Myanmar) will take over the state. This succession had been questioned by the people of Manipur.

Manipur, one of India's smallest states has a population of close to 2.8 million people. It is known as the one of the so-called "Seven Sisters" — a group of restive northeastern states.

The reason for the insurgency was the forced merger of Manipur and the delay in the conferring of full-fledged statehood which was greatly resented by the people of Manipur.

Since then several other outfits, like the People's Liberation Army (PLA), founded on September 25, 1978, People's Revolutionary Party of Kangleipak (PREPAK) set up on October 9, 1977 and the Kangleipak Communist Party (KCP) that came into being in April, 1980. All the groups have been demanding a separate independent Manipur.

According to the Indian think tank, these groups have a policy of not targeting the state police but have been fighting the Indian army and para-military troops in the region as they represent the Indian government.

As a response to the insurgency, Manipur has been declared a ‘disturbed area’ since 1980 and the Indian Armed Forces Special Power Act 1958 has been imposed in the state by the government. The people of the state continue to protest the use of such powers by the Indian government as it has led to many human rights violations in the state.

The exiled government will be based in Central London.