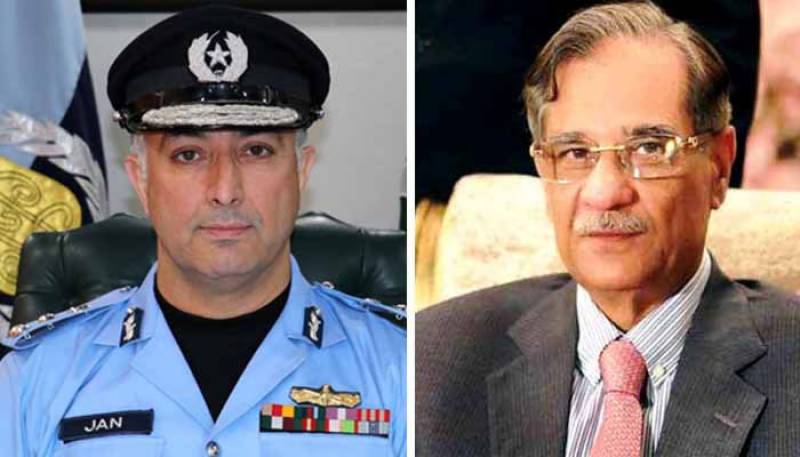 Chief Justice Mian Saqib Nisar while hearing another case took suo moto notice regarding the transfer of IGP Islamabad and summoned Secretary Interior and Attorney General to explain the reasons.

During course of proceedings, Attorney General informed the bench that establishment division passed the transfer orders of Jan Muhammad.

Subsequently the bench directed Secretary Establishment to appear before the bench sharp at 3: 30 pm on same day.

While appearing before the bench in compliance with court orders, Secretary Establishment claimed that the issue was going on for many days regarding the replacement of IGP and was not came over night.

Justice Nisar stated that the court would not tolerate political meddling in police.

Subsequently, while suspending transfer orders, the bench directed attorney general to present a complete report on the matter till October 31 and adjourned the case till then.

On October 27, the Islamabad IGP was transferred and ordered to report immediately to the Establishment Division until further orders.