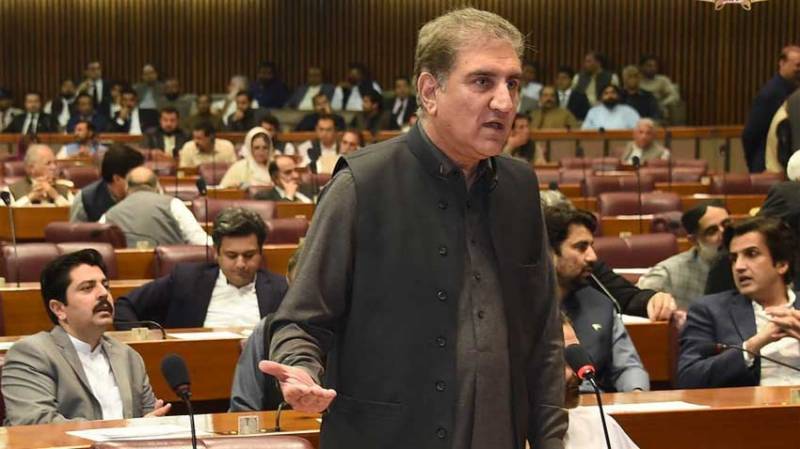 Foreign Minister Shah Mehmoud Qureshi has once again emphatically stated that the Saudi Economic Package for Pakistan carries no conditionality or strings.

Responding to the points of the opposition members in the National Assembly on Tuesday, the foreign minister said that Pakistan is not sending any troops to Yemen. He said we only want to play a positive role for promotion of unity amongst the Muslim Ummah.

He also declared reports regarding landing of Israeli aircraft in Pakistan as baseless and concocted. He said the reports are contrary to the facts.

On the economic issues, Shah Mehmoud Qureshi called for evolving a charter of economy based on national consensus to steer the country out of current economic crisis.

Responding to the points of PPP Leader Khurshid Shah, Shah Mehmoud Qureshi said the country is faced with chronic economic situation and it is responsibility of both opposition and treasury benches to collectively work together to bail out the country out of current crisis. He said the government will give valuable consideration to the suggestions of the opposition benches and take guidance from them.

Shah Mehmoud Qureshi stressed that the present government is not responsible for the current economic crisis.

He said the repayment of this debt is not an easy task.

Taking the floor, Opposition Leader Shahbaz Sharif said we accept the clarification of the foreign minister on the matter of Israeli aircraft.