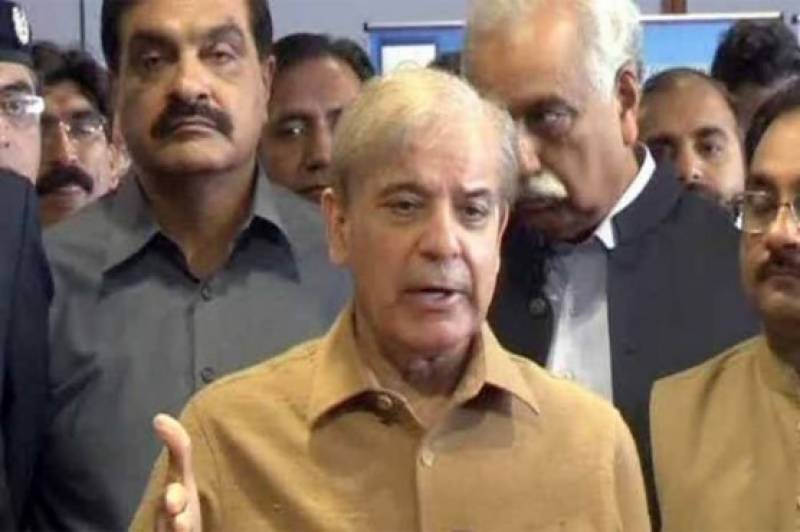 Judge Syed Najamul Hassan on his expiry of 14 days remand.

NAB prosecutor pleaded with the court to grant 14-day physical remand for further investigations. He claimed that

the Ashiana's feasibility report was based on falsehood. He contended that due to illegal directions of Shehbaz Sharif, the national exchequer suffered a loss of millions of rupees. He alleged that the scheme was used to benefit a private housing society.

issued his production orders for the session.

However, Shehbaz Sharif denied his involvement in the scam, saying that despite physical remand, the NAB had failed

Shehbaz Sharif's counsel submitted that all record had been provided to the bureau and no further physical remand was required in the case.

The court after hearing arguments of both the parties reserved its decision on the remand request for a short time but later, extended the physical remand till Nov 7 and directed the authorities to produce Shehbaz on expiry of the remand term.

Strict security arrangements were made inside and outside the court premises at this occasion. Hamza Shehbaz was also present in the court.

It is pertinent to mention here that NAB arrested Shehbaz Sharif on Oct 5, after he appeared before a NAB combined investigation team in the Saaf Pani corruption case at the accountability watchdog's Lahore office.

He had previously appeared before NAB on a couple of occasions in both the cases and recorded his statement.

Cheema and others had already been arrested in connection with the housing scam.

NAB launched an investigation into the scam in November after receiving a number of complaints in this regard.