US clarifies report of Travel Warning issued against Pakistan
30 Nov, 2016 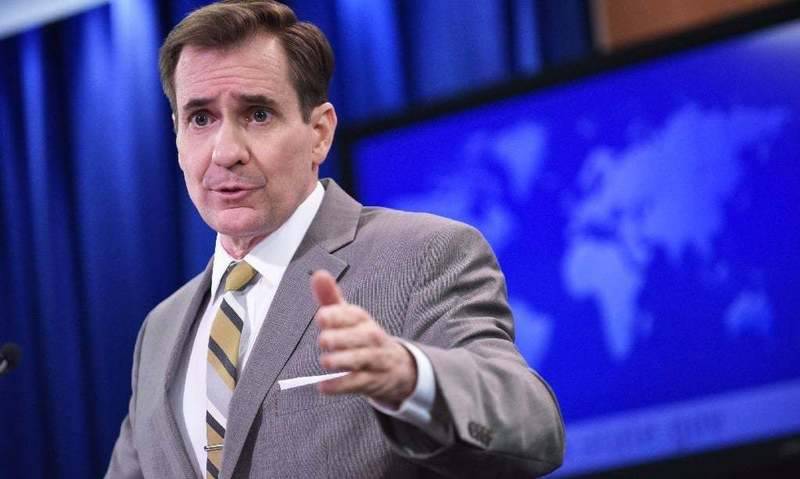 WASHINGTON (APP) -- A US State Department Spokesman Tuesday said the Travel Warning issued in October against Pakistan was a routine update to a warning and wasn't based on any specific credible threat.

Responding to a question at the State Department briefing, Spokesman John Kirby told the questioner that the travel warning being referred to was issued on Oct.7 and was not based on specific credible threats, but was a routine update to a warning.

He confirmed that Pakistani authorities did raise the issue of travel advisory with the US officials in Islamabad recently, saying that they welcome discussions on that.

The Spokesman said that Travel Warnings were not indicative of bilateral relations with any country, and were simply the government's commitment to provide up-to-date, as possible, information to US citizens that are travelling or residing abroad. He said such warnings are routinely updated, roughly, every after six months.

"And it wasn't meant, nor is any Travel Warning meant, to discourage people from actually traveling or doing legitimate business. That's not the purpose of it at all," he added.

Does Donald Trump has business interest in India?

To question, he said decision to travel to Pakistan were for the American businessmen and women to make, and that any warning were just the government's obligation to its citizens to keep them up to date.

But, "it's really important for you and for people in Pakistan to understand what a Travel Warning is. It is simply providing, in this case, a routine update of general information so that they can make informed decisions about traveling," he said while adding that Pakistan was not the only country in the world which has existing Travel Warnings.

To a question on Pakistan and India, the spokesman said that the United States wants to see dialogue and discussion between Pakistan and India to improve cooperation and improve shared efforts against the common threat of terrorism.

He said the United States has talked about the threat of extremism in the region which affects everybody on both sides.

"And we continue to want to see dialogue and discussion between India and Pakistan to improve cooperation, to improve communication, and improve shared efforts against a common threat," he said.

Replying to another question, Mr. Kirby said that Pakistani leaders know all too well the threats of extremism and terrorism as they have they've lost too many soldiers and citizens.