US State Department raises serious concerns over religious minorities persecution in India
30 May, 2018 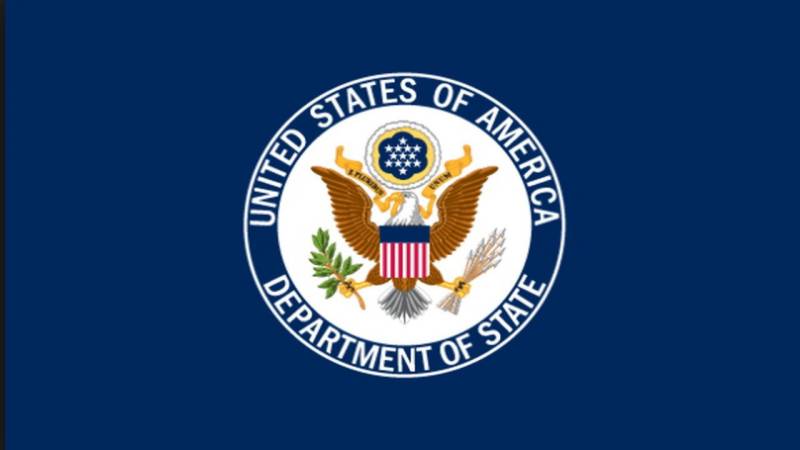 WASHINGTON - The constitution provides for freedom of conscience and the right of all individuals to freely profess, practice, and propagate religion; mandates a secular state; requires the state to treat all religions impartially; and prohibits discrimination based on religion. It also states citizens must practice their faith in a way that does not adversely affect public order, morality, or health. Out of 29 states, eight have legislation restricting religious conversion, with laws in force in five of those states. Authorities often did not prosecute violence by vigilantes against persons, mostly Muslims, suspected of slaughtering or illegally transporting cows or trading in or consuming beef. Members of civil society and religious minorities stated that under the current government, religious minority communities felt increasingly vulnerable due to Hindu nationalist groups engaging in violence against non-Hindu individuals and their places of worship. Representatives of religious minority communities stated that, while the national government sometimes spoke out against incidents of violence, local political leaders often did not, and at times made public remarks individuals could interpret as condoning violence. On April 2, Chhattisgarh’s Chief Minister Raman Singh said anyone who killed a cow in his state would be hanged. Some longstanding legal cases involving religiously motivated violence and riots continued to advance slowly. In May the Kerala High Court annulled a marriage between a Hindu woman and a Muslim man based on third-party allegations the woman was forcibly converted to Islam, despite her denial she was forced; the Supreme Court’s review of the case continued at year’s end. On August 22, the Supreme Court ruled the practice through which a Muslim man could divorce his wife instantly by saying the word “talaq” (Arabic for divorce) three times was unconstitutional. On May 23, the central government banned the sale of cattle for slaughter through animal markets; in July the Supreme Court stayed the implementation of the order across the country for three months. Following protests from farmers, beef consuming states, and the adverse Supreme Court ruling, the government considered making certain changes to make the rules more acceptable; however, no updates were available at year’s end. The government continued its challenge to the minority status of Muslim educational institutions, which affords them independence in hiring and curriculum decisions, in the Supreme Court. There were reports of religiously motivated killings, assaults, riots, discrimination, vandalism, and actions restricting the right of individuals to practice their religious beliefs and proselytize. There were several violent incidents by so-called “cow protection” groups against mostly Muslim victims, including killings, mob violence, assaults, and intimidation. Authorities often failed to prosecute those committing the attacks. On June 22, assailants on a train in Haryana accused 16-year-old Junaid Khan of being a “beefeater,” fatally stabbed him, and threw him off the train. Authorities investigated the railway police officer’s reported failure to intervene. On April 1, Hindus beat a Muslim man to death for carrying cattle in the back of a truck. Hindus threatened and assaulted Muslims and Christians and destroyed their property. In December a Hindu man posted an online video of his hacking, burning, and killing a Muslim laborer over religious differences. On October 8, the head of the Vishwa Hindu Parishad (VHP), described by media as a Hindu nationalist organization, stated Christian missionaries must leave the country, or else would be forced to do so. According to figures compiled by local partners of international nongovernmental organization (NGO) Open Doors, during the first six months of the year, Christians were harassed, threatened, or attacked for their faith in 410 reported incidents, compared with 441 incidents in all of 2016. Incidents included assaults on missionaries and attacks on churches and private property. From January through May, the Ministry of Home Affairs (MHA) reported 296 conflicts between religious communities, resulting in 44 deaths and 892 injuries. Senior US government officials underscored the importance of respecting religious freedom and promoting tolerance throughout the year. The US embassy and four consulates general continued to discuss religious freedom and tolerance issues with the ruling and opposition parties, religious leaders belonging to various faith communities, including representatives of the Bahai, Buddhist, Christian, Hindu, Jain, Jewish, Muslim, Sikh, and Parsi communities, and with civil society and religious freedom activists. Embassy officials also engaged officials from the National Commission for Minorities and the National Human Rights Commission, political leaders, state and local officials, religiously affiliated organizations, and civil society groups from all religious communities. Section I. Religious Demography The US government estimates the total population at 1.28 billion (July 2017 estimate). According to the 2011 national census, the most recent year for which disaggregated figures are available, Hindus constitute 79.8 percent of the population, Muslims 14.2 percent, Christians 2.3 percent, and Sikhs 1.7 percent. Groups that together constitute less than 1 percent of the population include Buddhists, Jains, Zoroastrians (Parsis), Jews, and Bahais. The Ministry of Tribal Affairs officially classifies more than 104 million members of Scheduled Tribes – indigenous groups historically outside the caste system who often practice animism and indigenous religious beliefs – as Hindus in government statistics. Approximately one-third of Christians also are listed as part of Scheduled Tribes. According to government estimates, there are large minority Muslim populations in the States of Uttar Pradesh, Bihar, Maharashtra, West Bengal, Telangana, Karnataka, and Kerala. Muslims constitute 68.3 percent of the population in the State of Jammu and Kashmir, the only state in which they constitute a majority. Slightly more than 85 percent of Muslims are Sunni; most of the rest are Shia. Christian populations are found across the country but in greater concentrations in the northeast, as well as in the southern States of Kerala, Tamil Nadu, and Goa. Three small northeastern states have large Christian majorities: Nagaland (90 percent of the population), Mizoram (87 percent), and Meghalaya (70 percent). Sikhs constitute 54 percent of Punjab’s population. The Dalai Lama’s office estimates there are significant resettled Tibetan Buddhist communities in Himachal Pradesh, Karnataka, Uttarakhand, and Delhi. According to a 2009 parliamentary report, the MHA estimates the total number of Tibetan Buddhists to be 110,000.