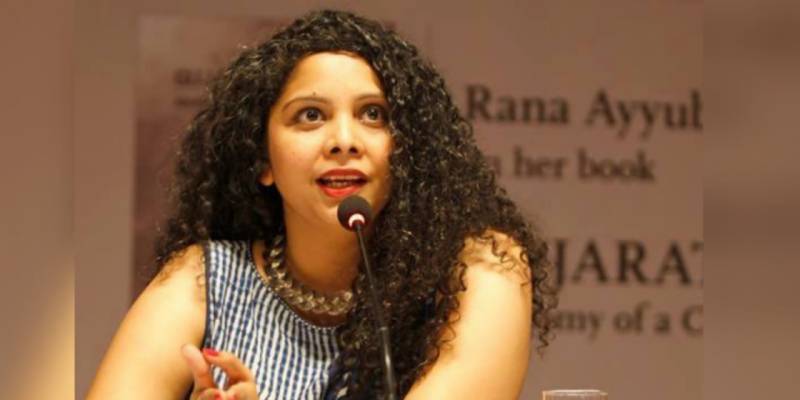 A prominent Indian activist and writer has said she was prevented link from flying to Europe to speak about intimidation of journalists and rights in the world's largest democracy.

Journalists and activists have long complained of harassment under Prime Minister Narendra Modi, whose government has been accused of trying to silence critical reporting.

Rana Ayyub, a fierce critic link of Modi and his Hindu nationalist government, was due to take a flight to London on Tuesday and then to Italy to attend different events. But Ayyub, 37, said on Twitter that she was stopped at Mumbai airport because of an investigation by authorities into an alleged money laundering case against her.

The events in Europe had "been planned and publicised all over my social media for weeks. Yet, curiously the... summon arrived in my mail much after I was stopped at the immigration," Rana Ayyub, belonging minority Muslim link, said.

Ayyub has been told to appear on Friday for questioning in connection with the case, local media reports said.

The Indian Enforcement Directorate, which was not immediately available for comment on Wednesday, has accused Ayyub of siphoning off money meant for coronavirus victims for her personal use.

Ayyub, who has denied the allegations, says she has been a victim of relentless harassment by far-right Hindu groups -- including rape threats -- because of her reporting on issues including the marginalisation of India link minority Muslims.

The International Center for Journalists expressed support for her on Tuesday, tweeting that the "blatant legal harassment" of Ayyub must stop.

Ayyub wrote a book accusing Modi of being complicit in deadly sectarian violence in Gujarat in 2002, when he was state premier.

She has since become a commentator for The Washington Post and other media.

In February UN rights experts called on the government to stop "misogynistic and sectarian" online attacks against her.

Last week, British anthropologist Filippo Osella from the University of Sussex said he was deported by "remarkably rude and unprofessional" immigration officials on arrival in India link any proper explanation.

The professor of anthropology and South Asian studies said he had a valid research visa and suspected his visits to India link arch-rival Pakistan may have triggered the government's action.

"Collaborative research projects on charities in urban Sri Lanka and education opportunities in rural Pakistan were funded by the Economic and Research Council (UK) and the British Council respectively. I have never tried to hide my short research trips to Pakistan from the scrutiny of the Indian authorities," he said.

The Indian Express quoted an official from India link Foreigners Regional Registration Office as saying he was "denied entry as per orders from higher officials". -APP/AFP