11 Pakistanis dead and missing in a tragic incident in Muscat
30 Mar, 2022 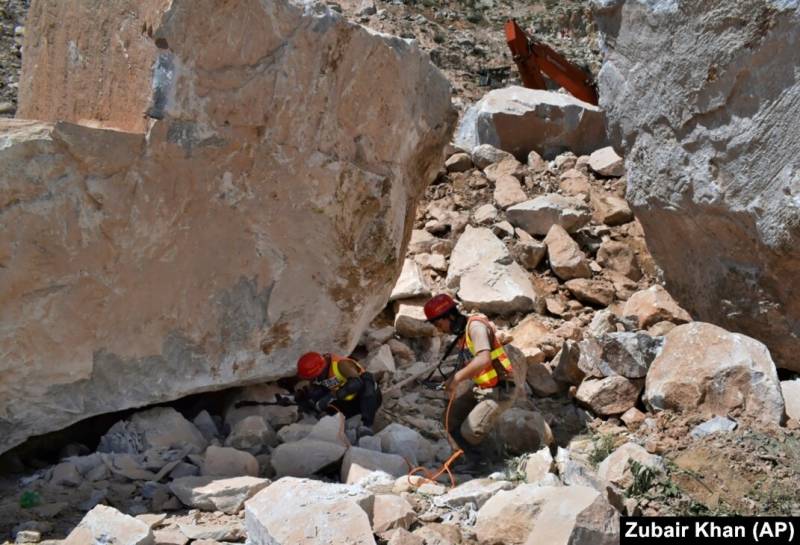 In the tragic incident of rockslide link in Ibri, Muscat link, seven Pakistani colliers were crushed to death while four others were still missing.

The Pakistan Embassy in Muscat link on Wednesday said that seven Pakistani miners died in a sad incident of rockslide link that occurred in Ibri, Dhahirah Governorate on Sunday.

The Civil Defence and Ambulance Authority of Oman so far was able to pull out eight bodies from under the rubble, of which seven were Pakistanis.

The Pakistani mission said that the incident occurred when a rock fell on a marble mine in Ibri. It said that the mission was in contact with the authorities conducting search and rescue operation.

The government of Oman has sought heavy machinery for the rescue operation. Sophisticated cameras have been installed and sniffer dogs are searching for the trapped miners. Technical help is also being sought from the coalmining experts.

The Pakistan mission officers met the affected families and miners in Muscat link.

The embassy assured full cooperation and dispatch of the dead bodies to Pakistan after completion of all necessary formalities.

Like other South Asian countries, more than 140 Pakistanis are also working in the marble mine in the gulf country.