PM Shahid Khaqan was not alone while meeting with US VP Mike Pence: Report
30 Mar, 2018 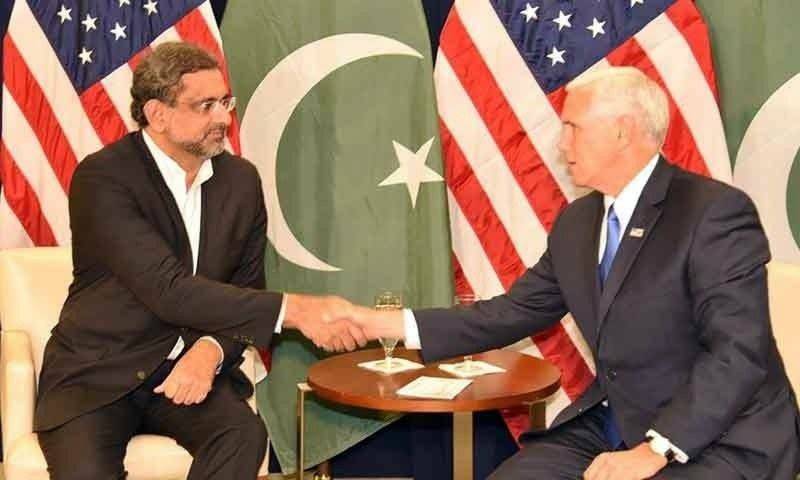 WASHINGTON- Pakistan Ambassador to US Aizaz Chaudhary has said that the visit of Prime Minister Shahid Khaqan Abbasi to US was a private one and he forbid to take any protocol.

However, the PM asked for meeting with Vice-President Mike Pence, Defence Attaché was also present in this meeting.

Aizaz Chaudhary further said that he had received government and court orders regarding former ambassador to US Hussain Haqqani.

He said the court orders would be implemented in letter and spirit immediately. Talking to Online in New Jersey, Aizaz Chaudhary said the former ambassador was involved in misappropriation of funds, details provided to Foreign Office.

He said no orders received from government regarding bringing back Hussain Haqqani through Interpol, but if such orders are received, all the diplomatic obligations would be fulfilled.

It is worth-mentioning that the Supreme Court on March 28 had directed the government to bring back former ambassador to US Hussain Haqqani to Pakistan to face the Memogate case. The CJP had warned that the top court may issue arrest warrants if Haqqani did not return to Pakistan.

He negated this impression that no one was accompanied the prime minister during this meeting for taking notes.