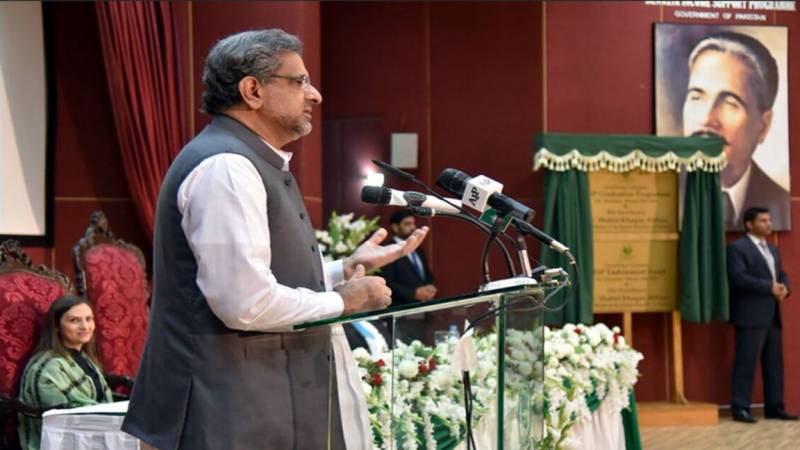 He was addressing the launching ceremony of Graduation Program and Endowment Fund of Benazir Income Support Program (BISP) in Islamabad on Thursday.

The Prime Minister said BISP has been rendering an excellent service by delivering cash handouts to the poorest segments of society.

Shahid Khaqan Abbasi said PML-N led government after coming into power increased the budget of BISP by fifty percent and the cash transfer amounts to each individual were also raised at the same level.

The Prime Minister said the education program of BISP will enable people to find respectable jobs and play their important role in development of society.

On the occasion, Shahid Khaqan Abbasi announced a grant of one billion rupees for the endowment fund.

Earlier, Chairperson BISP Marvi Memon said BISP is the leading program in the world in terms of achievement of social goals.

She said the education program will help poor women to overcome poverty and empower them financially to start their own businesses. APP/AFP