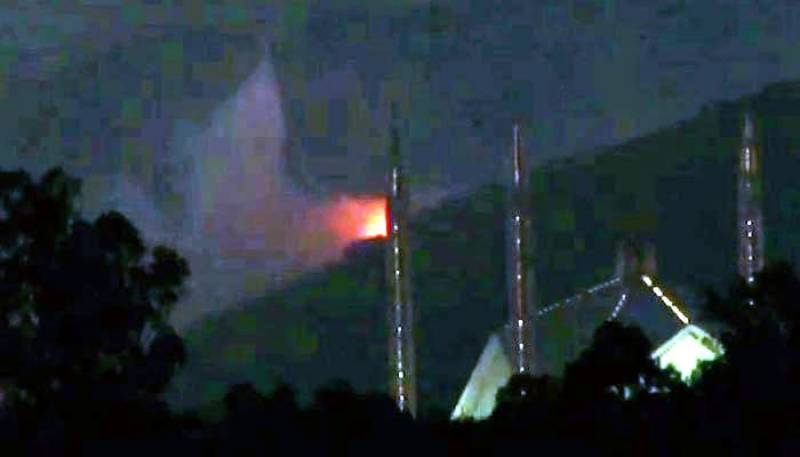 ISLAMABAD: Three days have gone but sudden fire which was erupted on the Margalla Hills on Thursday could not be controlled.

After failure of the Capital Development Authority (CDA), Pakistan Army was called to help in extinguishing the fire on Friday.

According to sources, four helicopters and Air Force remained busy in extinguishing the fire while contingents of Pakistan Army and officers were sent to airlift the local people to safer places.

Millions of rupees trees and bushes have been burnt to ash while wild species fleeing towards surrounding hills.

Thousands of people from across Pakistan daily visit the Margalla Hills to enjoy their beauty. But the fire has polluted the pure environment of the capital’s hills.

Visitors, while strongly criticizing failure of the CDA to control over the fire, demanded of the government to take solid measures to control fire and to take action against those found involved in negligence.

It is the responsibility of the CDA to provide security to the Margalla Hills. However, due to the incompetency of the competent authority, the fires have been damaging the beauty of the capital’s hills for the last many years.

It has become a routine affair that the fire erupts in the Margalla Hills and due to incompetency of the authority.

When CDA member planning and Chief Metropolitan Asad Mehmood Kyani contacted, he said that they are putting efforts to control over the fire but the fire area is far away from main road due to which the department officials facing problems in controlling the fire. He said now helicopters are being used to sprinkle water on the fire area.

It is pertinent to mention here that the annual budget of the CDA is equal to the budgets of Baluchistan and AJK. It has been holding responsibility of the Margalla National Park for the past 40 years but it still lacks equipment and machinery to control fire.