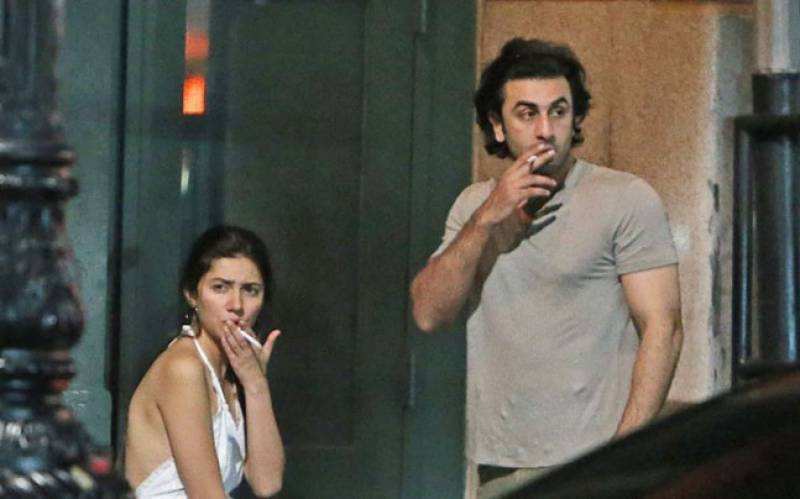 ISLAMABAD - Ranbir Kapoor and Mahira Khan have met each other secretly in London, reported Indian media.

According to NDTV <link>, Bollywood star Ranbir Kapoor was off to Bulgaria with his team for the shooting of his upcoming film Brahmastra when he stopped off at London. He then met Mahira Khan who was already in town for the promotion of her film Verna and was invited as guest on BBC programme HARDtalk.

However, pictures of this meeting haven’t emerged as yet, in order to substantiate the claim.

The two stars had occupied much of everyone’s screen space last year when a photo showcasing them smoking in New York together went viral. Mahira faced severe backlash based on this; for smoking and wearing a short, backless dress.

Talking about this incident on BBC program HARDtalk with host Stephen Sackur, Mahira shared that she felt ‘violated’ when pictures of her ‘personal downtime moment’ had caused such a massive ‘uproar’.

She said, “One, obviously you feel violated, you are in a personal down time moment and someone has just photographed you. Two, obviously there was an uproar, because here I was someone who was extremely loved in Pakistan and they keep me up on this pedestal; they treat me with a lot of love and a lot of respect and there were certain things which I didn't realise that they don't want to see me do.”