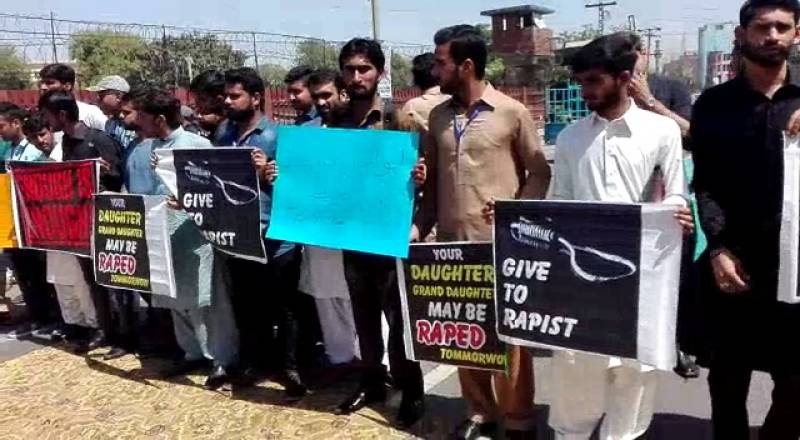 FAISALABAD - *The postmortem report of the Faisalabad university female student who was raped and murdered has been revealed. *

*It has been confirmed that she was rape*d before murder.

The 25-year-old woman, Abida Ahmed, was a student of MA in English at Faisalabad Government College University. She went missing four days ago when she left for the university. Her body was fished out of a stream on Wednesday, after which police registered a case and started investigations. According to the autopsy report, the body bore marks of torture.

Ahmed’s family blamed the police for her death. Her brother said that when she went missing four days ago, they requested the police to register a case. “They refused and said that if you find her, do inform us.”

Fear has gripped Faisalabad as 26 bodies have been found in the past three months. Residents of the city protested after Ahmed’s murder.