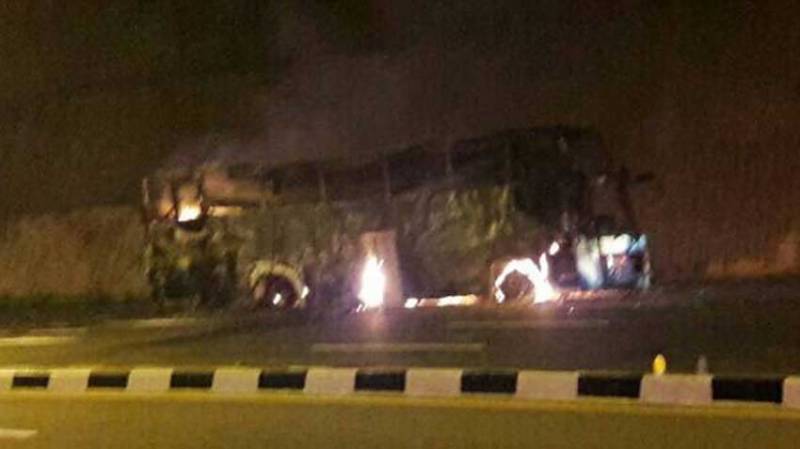 It was not immediately clear how the blaze started on the bus - one of four travelling together to the Thai capital.

But television footage showed a bus destroyed by fire which trapped many passengers inside.

Kittisak Boonchan, a rescue worker in Tak province, told reporters there were 47 people on the bus.

The accident took place at 1.25am in the north-western province of Tak which borders Myanmar, a source of much of Thailand's huge migrant labour force.

The kingdom has a poor road safety record on crashes with around 24,000 people perishing on its roads each year, according to the World Health Organisation.

Last week, 18 people died when a bus veered off the road and smashed into a tree in the north-east of the country.

The driver of that bus later confessed to being on drugs at the time of the crash. (AFP)