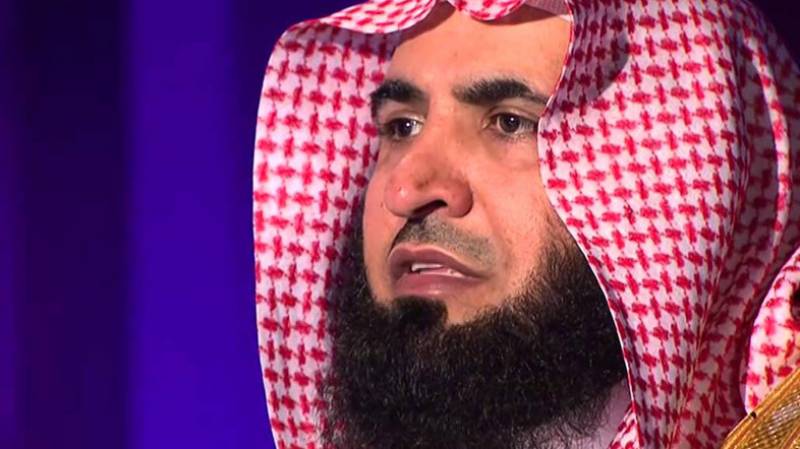 RIYADH- Sheikh Ahmed al-Ghamdi, former head of the Committee for the Promotion of Virtue and Prevention of Vice in Mecca, said that the statement of Saudi Crown Prince Mohammed bin Salman <link> regarding the “abaya” not being obligatory (all black cloak or dress), is consistent with the teachings of Islam.

He pointed out that the black color is not the only one permitted by Islamic law, but it happened due to the exploitation of certain fatwas by “Al Sahwa” group, and the promotion of the concept of the head cover and black color, as the main dress code (hijab) for Saudi women.

Al-Ghamdi said in an interview with Al Arabiya: "The cloak is meant for maintaining a modest look and it does not have to be black. If a woman wears clothes that serve the same purpose for her to be able to perform her duties whether to work or study, that’s fine.

He added: "There is nothing wrong with the dress she wears, if it is not a black cloak, these attires may be different, yet do the necessary covering, without the need for any other dress on top. Not based on the teachings of Islam

He explained that the color of the abaya and its design is not based on the teachings of Islam, but the main purpose is decency and concealment, “nothing is wrong with the color of the garment or its type.”

He also noted that the black abaya dates back to the end of the Ottoman era, but in some hadiths and narrations it was mentioned that “the wives of the Prophet used to wear colors such as pale yellow and rose.”

In other stories, he said: “There were some exaggerations obliging women to wear black, they refer to what Umm Salamah said that the women of Ansar appeared like “crows” when the verses referring to women attire were revealed, so they took on the color black as per their interpretation of the women’s reaction back then, but there is nothing that states women are obliged to do so. Other narratives show that the prophet’s wives wore colored clothes.” Al Sahwa group enforced it

In our present day, Al Sahwa group endorsed this understanding which has become part of people’s thoughts and their subconscious that it must be worn by women, and that the cloak should cover the head, be black and loose.

However, the interpretation of the verse, " O Prophet, tell your wives and your daughters and the women of the believers to bring over themselves [part] of their outer garments," mean that women need to wear something that is not revealing whether it is abaya or any other piece of clothing without a specific distinction,” he clarified. - Al Arabiya