Pakistan gas transmission network to be extended by new 13,599 kilometers of pipelines
30 Jun, 2019 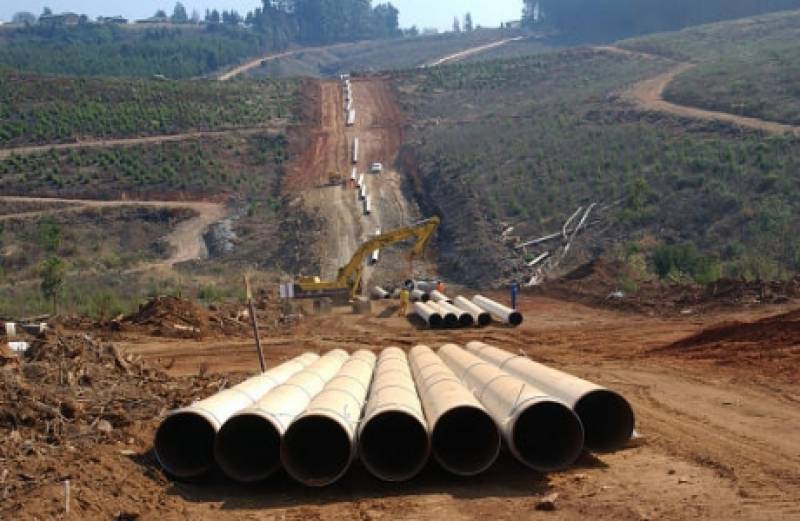 ISLAMABAD: Sui Northern Gas Pipelines Limited (SNGPL) and Sui Southern Gas Company Limited (SSGCL), under a strategy to reinforce and expand their transmission network would lay an additional 13,599 kilometers of gas pipelines during the fiscal year 2019-20.

The capacity of SNGPL and SSGCL would be enhanced by laying additional 12,100 km and 1,499 km pipelines in their respective areas by June 2020, an official at the Petroleum Division told APP.

The two utility companies would invest Rs7,161 million on transmission projects, Rs48,288 million on distribution projects and Rs18,556 million on other schemes bringing the total investment to around Rs74 billion.

According to official sources, the companies are expecting to provide gas supply to approximately 430,695 new consumers during the fiscal year 2019-20.

Answering a question an official said that the companies had laid 69 km transmission, 3,232 km distribution and 1,366 km services lines and connected 165 villages and towns with their network during July 2018 to February 2019.

During eight months of the current financial year, the two utility companies provided 428,305 additional gas connections including 425,404 domestic, 2,770 commercial and 131 industrial connections across the country.

To another question, the official said that the companies had laid a 328 km long gas transmission network, 8,861 km distribution and 1,216 km service lines and connected 231 villages and towns to the gas network during the last fiscal year.

Pakistan has an extensive gas network of over 12,971 km transmission 139,827 km distribution and 37,058 services gas pipelines to cater the requirement of more than 9.6 million consumers across the country.