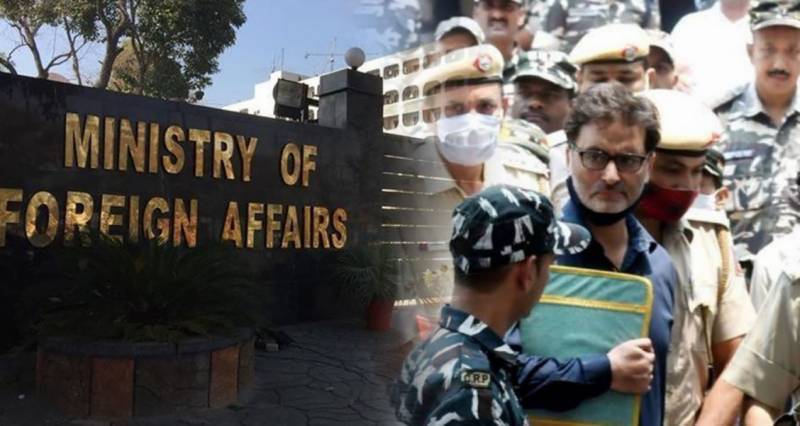 The development comes as Yasin Malik, who was on a hunger strike at Tihar Jail in the Indian capital, was admitted to a hospital where he was given IV fluids before being shifted back to prison.

Yasin Malik announced hunger strike to protest the decision of the Modi-led administration to reopen thirty-year-old cases against him, months after the Indian court sentenced him for life imprisonment after conviction in an alleged terror funding case.

“Given the urgency of the situation and keeping in view Malik’s sharply deteriorating health indicators, the government of India has been strongly urged to provide him urgent medical care, immediately release him from prison, cancel his fallacious conviction and withdraw all other cases against him,” the Foreign Office statement said.

The statement from MoFA added that a letter addressed to the Indian Prime Minister from Yasin Malik’s wife seeking her husband’s immediate release from prison in view of his precarious health condition was also handed over to the Indian envoy.

Lately, Indian officials shifted Kashmiri leader back to New Delhi’s infamous Tihar Jail from the hospital. After returning to jail, the Hurriyat leader decided to continue with his hunger strike and is still not having any food.

The ailing activist is in illegal detention since 2019 when India’s notorious crime agency detained him in a false case. Yasin earlier told the court earlier that he was not contesting the charges leveled against him.