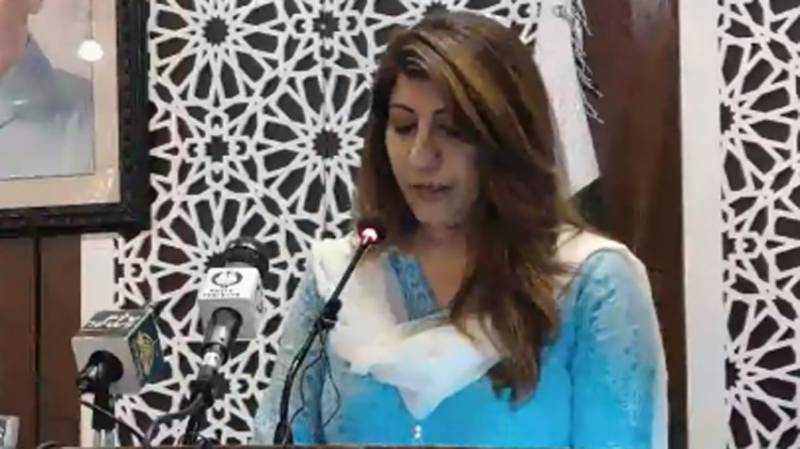 ISLAMABAD-Pakistan has urged the world community to dissuade India from its disproportionate arms build-up which could lead to an arms race in South Asia.

Addressing weekly news briefing in Islamabad on Thursday, Foreign Office Spokesperson Aisha Farooqui said the world is already a witness to the bellicose and irresponsible rhetoric by the BJP Government in pursuit of a revisionist agenda in the neighbourhood.

Reacting to the reports of recent acquisition of Rafale jets by Indian Air Force, the Spokesperson said India continues to amass military capabilities beyond its genuine security requirement.

The Spokesperson said Pakistan has been consistently highlighting the risks of massive Indian arms buildup as well as their offensive security doctrine and force postures, which are adversely affecting strategic stability in South Asia.

She said this arms buildup is being aided and abetted through a policy of exemptions, waivers and supply of advanced equipment, technology and weapons for narrow commercial interests.

Aisha Farooqui said such arms transfers also violate the objectives of various export control regimes on preventing destabilizing accumulations of arms in various regions including where there exist outstanding conflicts and disputes.

On Pakistan's part, she said, we remain open to consideration of measures for crisis management, risk reduction, and strategic restraint.

While remaining opposed to any arms race in South Asia, she said Pakistan cannot remain oblivious to these developments and remains confident of its ability to thwart any ill-considered act of aggression.

She said imposition of restrictions on prayers on one of the most important days of the Islamic calendar represents complete disrespect by the Indian government for the sentiments of the Muslims of Illegally Indian Occupied Jammu and Kashmir.

She said it is also a flagrant violation of their fundamental freedom of religion.

She urged the international community, the United Nations, and human rights and humanitarian organizations to take notice of glaring denial of the religious rights and freedoms of the Kashmiri people in violation of international laws and conventions.

Replying a question, the Foreign Office Spokesperson said that Pakistan will continue its efforts in highlighting Indian Occupation Forces in Indian Illegally Occupied Jammu and Kashmir before the world. She said that the Foreign Office will run a campaign in this regard through its missions across the world.

Condemning the inaugural of Hindu Temple in Aodhya, she said that BJP led Modi regime converted secular India into a Hindu state promoting Hindutva Ideology. She said that Prime Minister Imran Khan has several time highlighted Modi's brutalities against minorities including Muslims and urged the international community to come forward and stop India. She said international human rights organizations also, in its reports, highlighted Indian state terrorism and brutalities through its police and army in illegally occupied Jammu and Kashmir.

Commenting on ceasefire offer by Taliban in Afghanistan during Eid, Aisha Farooqui said that Pakistan welcomes all steps in promoting peace in the neighboring country according to Doha Agreement.

Replying a question about COVID-19, she said that cases in Pakistan are significantly declining due to timely and effective effort by the government to deal the pandemic.