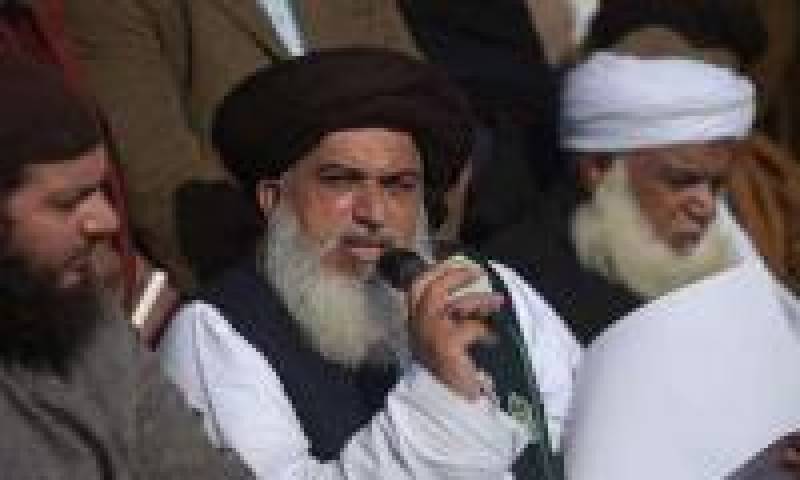 ISLAMABAD/LAHORE: Although the hardliner religious party Tehreek-e-Labaik Pakistan (TLP) could not win any seat in the new National Assembly, it has emerged as a major spoiler in the 2018 elections causing immense harm to Pakistan Muslim League-Nawaz (PML-N), which may have won at least 13 more seats with the help of TLP voters.

According to analysis of the election data by The News, the winning margin on at least 19 National Assembly constituencies was lesser than the votes obtained by TLP in that constituency. The party led by firebrand far-right scholar Khadim Hussain Rizvi has also emerged as the third largest party in Punjab with 1.9 million votes in the largest province of Pakistan.

The analysis revealed the TLP factor had played major role in these constituencies. Had the newly formed party not been contesting like in 2013 elections, results on 19 seats could have different. With 2.2 million votes, TLP had emerged as the fifth largest party in the election in terms of number of votes obtained countrywide, according to official ECP data.

Before the election TLP, analysts were declaring TLP a major threat to PML-N which is also a right wing party with strong religious vote bank. It turned out that the threat was real as the religious party dented the vote bank of PML-N in Punjab province. On 13 National Assembly seats including that of former prime minister Shahid Khaqan Abbasi, the PML-N lost with smaller margin than the votes bagged by TLP.

During the campaign TLP and Khadim Hussain Rizvi had been targeting the former government of PML-N for alleged changes in the nomination forms for candidates in the new elections laws. TLP claimed these changes were related to oaths of the candidate on their belief in the finality of the Prophethood (Peace be upon him). The party had infamously locked down Islamabad last year against the alleged changed. The protracted and bloody lockdown ended with the intervention of Pakistan Army and resignation of the than law minister of PML-N Zahid Hamid. PML-N had maintained throughout election campaign that no significant changes were made to nomination form of the candidates.

Analysts believe if all those TLP voters had voted for PML-N, the party could have secured at least 13 more seats in the National Assembly. However, it is worth mentioning that on 6 other National Assembly seats, PTI candidates also lost with thinner margin then the votes obtained by TLP in those seats.

Right from the inception of the TLP over the controversy regarding Khatam-e-Nubuwwat clause issue against the PML-N government, the PML-N ranks were wary of the possibility of the PMLN voter base being divided by the TLP in the general elections.

PML-N had seen a teaser of this phenomenon in the all important by-polls held in NA-120, on the seat vacated by deposed prime minister Nawaz Sharif. The TLP had bagged 14,000 votes which made the fight in the constituency interesting rather than a clear win for PML-N.

The PML-N Punjab Spokesperson Malik Muhammad Ahmed, when asked about the issue had admitted that a majority of the PML-N candidates were very worried of the possible outcome of this phenomenon in the general elections, and to their despair, it ended up costing at least 13 seats to the party.

In NA 13 Mansehra, the PML-N candidate Sardar Shahjahan was polled 107,808 and lost to PTI/ independent candidate Saleh Muhammad who got 109,282 votes while the TLP’s Amir Shehzad got 4,731. These 4,731 votes decided the defeat of PML-N candidate.

PML-N’s Saira Afzal Tarar with 157,453 votes in NA-87 Hafizabad was defeated by PTI Shaukat Ali Bhatti with 165,618 votes in a closely contested fight while once again TLP’s Afrasiab Mughal played a perfect spoiler with 44,130 all important right-wing vote from the PML-N candidate.

NA-108 Faisalabad was no different where TLP’s Shehbaz Ali Gulzar’s 8,075 votes inflicted as wound on the PML-N in a nail-biting contest where former minister of state Abid Sher Ali with 111,529 votes was edged by PTI’s Farrukh Habib with 112,740 votes.

NA-115 Sheikhupura was another one such case where PMLN’s Rana Afzaal’s 94,072 votes were topped by PTI’s Rahat Amanullah Bhatti’s 110,231while the TLP candidate Muhammad Anwar Rasheed bagged 21,493 votes.

In NA-131 Lahore, PTI Chairman Imran Khan barely got over the line with 84,313 against PMLN’s Khawaja Saad Rafiq’s 83,633 in a contest where TLP’s Syed Murtaza Hassan seemed to have spelled dooms day for PML-N with 9,780 votes.

PML-N’s Deewan Zulqarnain Bukhari who got 99,374 votes lost to PTI's Rana Qasim Noon who got 102,606 votes in NA-159 Multan, where the TLP candidate Muhabbad Abbas’s 6,033 votes spelled a nightmare for the PML-N.

In NA-172 Bahawalpur, PML-N’s Ch Saud Majeed got 101, 971 and was defeated by PTI/PMLQ consensus candidate Tariq Bashir Cheema who was polled 106,383 vote. In this constituency TLP’s Zulfiqar Ali bagged 9,180 votes.

The constituencies where PTI have lost with lesser margin than TLP votes included NA-106, NA-71, NA-73, NA-74, NA-117 and NA-100. The bigwigs among PTI in these constituencies include Usman Dar who lost to Khawaja Asif in Sialkot.