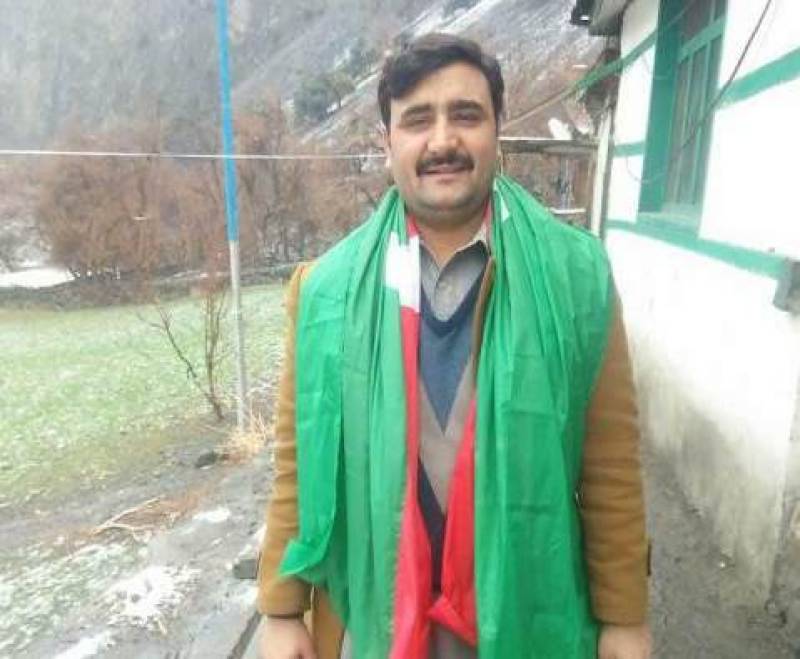 ISLAMABAD - PTI has set a new precedence in the politics of Pakistan as it nominated *Wazir Zada, a socio-political activist from Chitral as its MPA in the KP Assembly. *

*He will be the first ever Kalash legislator on a reserved seat for minorities in the Khyber Pakhtunkhwa Assembly.*

Kalash or Kalasha are the smallest ethno-religious community of Pakistan and are famous for their beliefs, culture and festivals. Wazir Zada, who has a masters in political science from Peshawar University and then joined the Ayun and Valleys Development Programme, gained popularity for his community service for Kalash people through local support organisations based in Ayun and the adjoining Kalash valleys.

Under his leadership, the community service gained widespread success in Chitral. Wazir Zada, through his tireless dedication to this social cause, successfully brought international and national donors to the valleys to work with the local community directly. They also work on Kalash cultural preservation.

Wazir Zada has been affiliated with the Pakistan Tehreek-e-Insaf from the start. The party gave Wazir Zada the chance to become the first Kalash person to be elected to the provincial assembly on one of the two reserved seats for minorities.

The people of the two ancient valleys of Bumburate and Birir came out on Saturday to celebrate Wazir Zada’s win.

Khizer Hayat, a government employee from Chitral who first broke the news of Wazir Zada’s new status as an MPA on social media, told SAMAA Digital that when he found out about the young activist from his home who would become an MPA, he was very happy.

“It is a big day for the Kalash people, as for the first time in history a Kalash community member has been nominated by a political party for an assembly seat,” he said.

A young Chitrali man named Azhar Ali said the nomination of people from the Kalash tribes to the national and provincial assembly would address the marginalisation of the people residing in the Chitral district.

“We speak different languages in the region and the Kalash from the Dardic family of the Indo-Aryan branch is a historical dialect,” he added.

Azhar said that the PTI’s victory means that the problems faced by marginalised communities such as the Kalash and others living in the Chitral Valley will be addressed in the assembly floor by their own representative.

“Now it is a matter of great pleasure that we have our own representative who could solve our problems. This is encouraging and he will be the first Kalash member in history to become a member of the KP Assembly,” wrote a Kalash community member on social media.

The final results for Khyber Pakhtunkhwa show that the PTI will have 67 members in the provincial assembly and that the combined opposition at this point is 30.