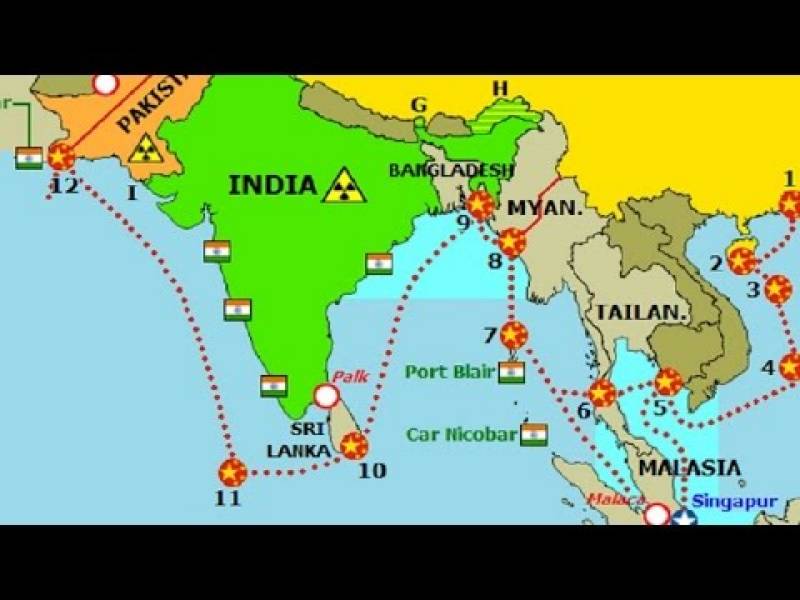 NEW DEHLI: After China Pakistan Economic Corridor ( CPEC ) project, another throne in the eye of Indian policy makers and strategists is the rising Naval to Naval collaboration between China and Pakistan.

Gwadar port anchoring the Chinese Naval Ships and Submarines for joint exercises with Pakistan Navy has become a nightmare for the Indian Navy.

China’s military cooperation with Pakistan will involve bolstering the Pakistani navy next, an expert on China-Pakistan relations said on Friday, pointing to Pakistan’s planned acquisition of eight submarines from China as one of the “biggest and most significant” markers of their relationship.

“China will continue to bolster Pakistan’s military, and the navy is clearly the next phase of this,” Andrew Small, author of the “China-Pakistan axis: Asia’s new geopolitics” told The Hindu, adding the move would be driven by China’s increasing commitment to the economic corridor running from Xinjiang to Pakistan’s Gwadar port.

In October 2015, Pakistan had announced its decision to acquire eight Type 41 Yuan-class diesel-electric submarines, half of which may be built in Pakistan while the other half would be made in China and transferred.

According to Mr. Small, who visited Delhi recently, China’s $40 billion investment in the China-Pakistan Economic Corridor will make a larger naval presence in the Gwadar port a necessity.

Mr. Small pointed to Pakistan’s statement of support to China over the South China Sea verdict as another significant marker of the relationship, but added that concerns in India about China’s forays in the Indian Ocean were “premature.” “Asia Pacific peace weighs more heavily for the Chinese leadership, intrinsically, at the moment.

You have the pattern of submarines in Sri Lanka, Maldives, and in Pakistan and I think they expect to be able to expand their presence in the Indian Ocean, but they are substantially weaker there.

Ties between India and China have been under a strain for several reasons, including the economic corridor that India has objected to as it traverses through Pakistan Kashmir.

On China’s opposition to India’s Nuclear Suppliers Group membership, Mr. Small believes Beijing will continue to stick to its stand that India’s membership was contingent on a “process”. However, he added that if a process would allow India to become a member later this year and would open a door for Pakistan, it would be a “harder call” for China to hold out.

India is quickly upgrading its naval arsenal to counter the threat posed by joint Pakistan - China Navies in the Indian Ocean  and the Arabian Sea.