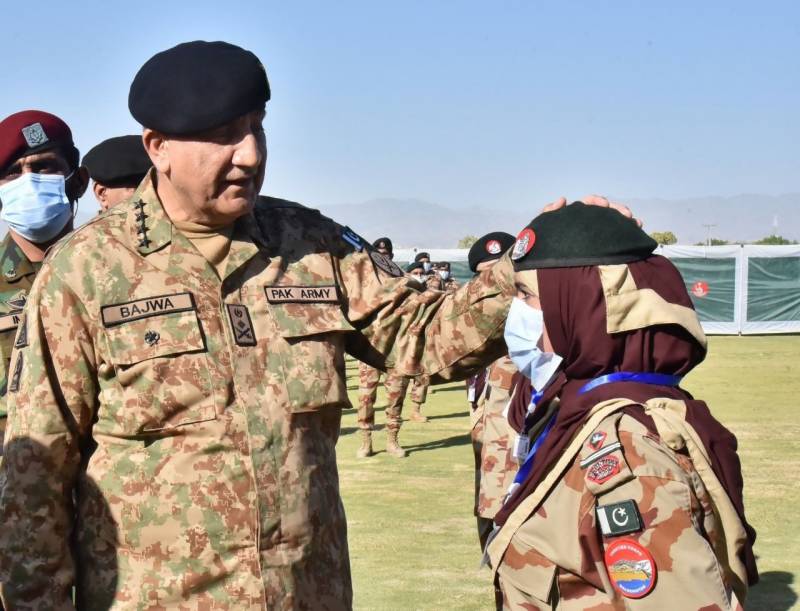 COAS was also briefed about socio-economic initiatives undertaken by the Pakistan Army in support of the Balochistan government and efforts underway for capacity enhancement of the Law-Enforcement Agencies (LEAs).

Army Chief said the disruptive efforts by inimical forces won’t be allowed to succeed. He emphasized that the security, stability, and prosperity of Balochistan shall be pursued at all cost.

Pakistani forces will make all-out efforts to assist the provincial government towards the achievement of enduring peace and prosperity, he said while adding that Balochistan is the future of Pakistan, and progress and prosperity of the province means the progress of the country.

Later, Gen Bajwa visited Kech and interacted with the troops deployed there. He visited the region days after 10 Pakistani soldiers were martyred in one of the deadliest attacks on security forces in recent years.

Paying tribute to the courage and resolve of Sibdan Top martyrs, COAS said terrorists would be brought to justice and the blood of the martyrs would not go to waste.