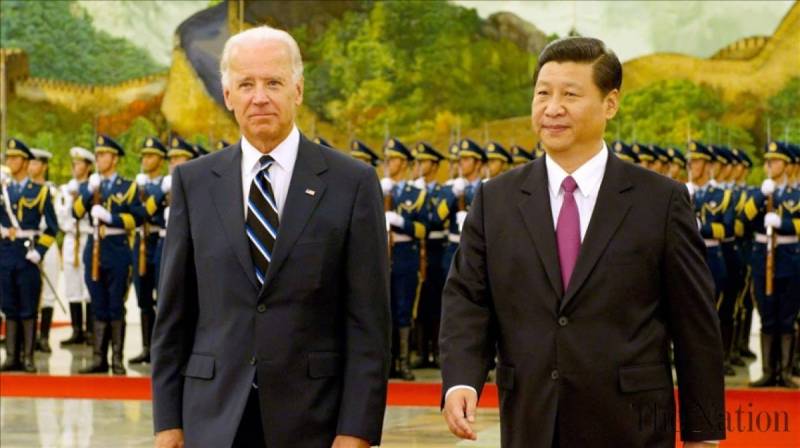 Chinese-US relations during the Donald Trump years went from bad to worse, but experts believe friction could climb even higher under new President Joe Biden.

Besides an ongoing trade war, conflict of interests continue over a range of issues including human rights abuses against China’s minority Uighurs, the status of Taiwan, national security legislation in Hong Kong, and military expansion in the South China Sea.

Mushahid Hussain Sayed, a Pakistani senator for the capital Islamabad, said there would be no drastic change in the US perception of China as a competitor, but that the new president would like to engage with Beijing, taking a more “civilized” approach.

Sayed, who also heads the Pakistan-China Institute, a think tank based in Lahore, argued that Afghanistan, Iran, and climate change are three areas where Sino-US interests converge.

Trump withdrew the US from the 2015 nuclear deal with Iran, as well as from the Paris Agreement that aims to reduce global warming, but Biden has set to rejoin the Paris pact and has pledged to do the same with the Iran deal.

Sayed said that while China is already on board for the peace process in Afghanistan to end the two-decade civil war, it also wants the Iran deal, also known as the Joint Comprehensive Plan of Action, to succeed.

But both sides first need to rebuild a relationship of trust and for that, a Taiwanese academic said, China has to respond to its alleged human rights abuses.

“The Uyghur Forced Labor Prevention Act will soon be passed and will have far-reaching consequences in China-US trade relations,” he added, referring to a bill before the US Congress.

China has been accused of discrimination against Uighurs, a Muslim minority group in its northwestern Xinjiang autonomous region.

Rights groups say it has held up to a million Uighurs in detention centers, which the state calls "re-education camps." - Anadolu Agency