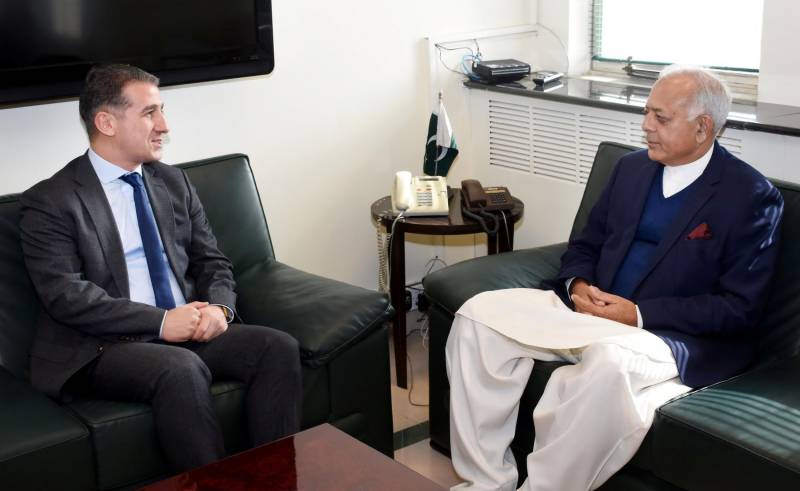 He said this during a meeting with Ambassador Azerbaijan, Ali Alizadai in Islamabad today.

Azerbaijan is interested in investing in LNG sector through State Oil Company of Azerbaijan Republic (SOCAR). The two sides had entered into an inter-governmental agreement (IGA) in February 2017 for supply of a number of oil and gas products, including furnace oil, petrol, diesel and liquefied natural gas (LNG).

Both countries are now expected to formally sign a commercial agreement next month on arrival of Azerbaijan Foreign Minister in Islamabad .

Ghulam Sarwar Khan said that Petroleum Division will try its best to get this agreement ratified from ECC and Cabinet so that mutual relation between both countries can be strengthened.

The Ambassador mentioned that SOCAR's activities include exploration of oil and gas, production, processing and transportation of oil, natural gas and gas condensate as well as marketing of petroleum and petrochemical products in domestic and international markets.

It also operates a wide network of petrol stations in Ukraine, Romania, Georgia, Switzerland and Azerbaijan under its brand name. Azerbaijan's daily production of crude oil is approximately 860,000 barrels per day (bpd) and its annual gas production is approximately 29.4 billion cubic feet. This makes SOCAR a predominant player in its core region as well as an invaluable trade partner in the global market. He also invited worthy Minister to Caspian Oil and Gas Exhibition and Conference in Azerbaijan on 29th May, 2019.The Minister thanked him for this invitation.