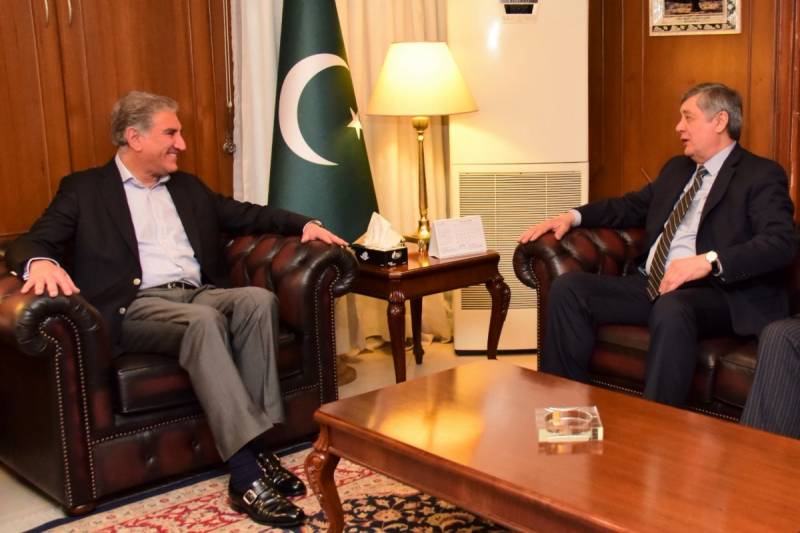 Pakistan and Russia have agreed to continue regular consultations on Afghan peace process and support regional initiatives to bring lasting peace in Afghanistan and the region.

The understanding came during a meeting between Foreign Minister Shah Mehmoud Qureshi and the Russian envoy on Afghanistan Ambassador Zamir Kabulov in Islamabad on Tuesday.

He said Pakistan is facilitating the ongoing talks between the US and the Taliban as a shared responsibility and in good faith. He hoped that the talks will result in an intra-Afghan dialogue leading to lasting peace in the country.

Foreign Minister lauded the important contributions of Russia had made in the Afghan peace process including through Moscow Format of Consultations.

Ambassador Kabulov on the occasion said Russia and Pakistan were important stakeholders in peace and stability in Afghanistan.

He greatly appreciated Pakistan's role as a facilitator in the Afghan peace process.

Earlier, Pakistan and Russia held delegation level talks at the foreign office during which indepth discussions were held on bilateral relations and the Afghan peace process. The Pakistani delegation was led by Foreign Secretary Tehmina Janjua whilst the Russian side by its envoy Zamir Kabolov.

Talking to the media persons after talks with the Russian envoy, Foreign Minister Shah Mehmoud Qureshi said he held telephonic conversation with the US Senator Lindsey Graham yesterday and discussed the Afghan situation. He was confident that the Afghan peace process will see more positive progress in the next few days.