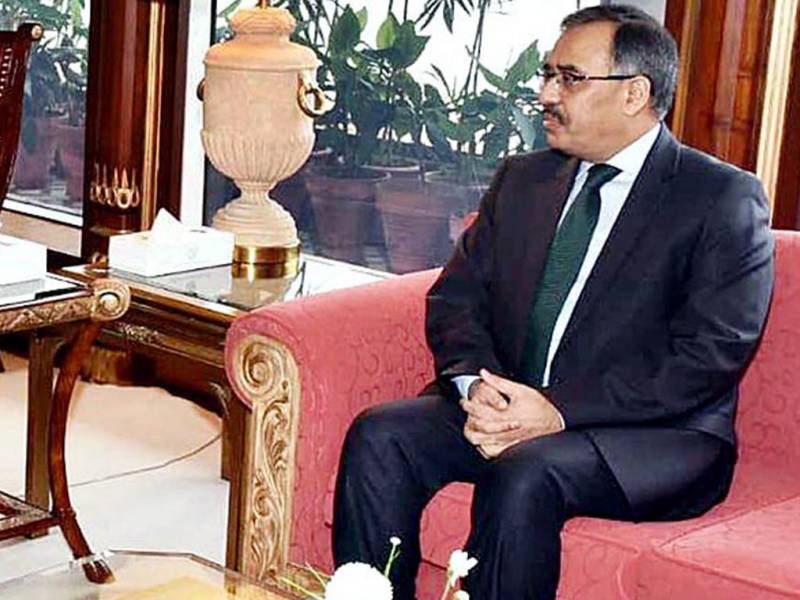 ISLAMABAD: As part of outreach efforts, Pakistan’s High Commissioner to India Sohail Mahmood visited Kolkata and had interaction with a broad range of people, including from the academia, media and the civil society.

Besides conferring with the Chairman and Institute Director, the High Commissioner had an interactive session with a large group of research scholars currently resident at the Institute.

The High Commissioner particularly highlighted the role of the youth in the two countries and urged them to play their part in improving mutual perceptions and building a constructive atmosphere, as they were unencumbered by the bitterness of the past.

High Commissioner Sohail Mahmood later visited the Calcutta University, where he had detailed interaction with the Vice Chancellor and senior faculty members.

Established in 1857, Calcutta University is the oldest in South Asia and has had four Nobel laureates associated with it.

Among other things, High Commissioner Sohail Mahmood was informed about the “Iqbal Chair” as well as the Pakistan and West Asia Centre functioning at the university.

The High Commissioner emphasized the importance of regular interface between academics and scholars as part of people-to-people contacts between the two countries.

Stressing the importance of what he called “intellectual connect”, the High Commissioner underlined that the process would enable the thinking people in the two countries develop a more nuanced understanding of each other, which, in turn, would help constrict the space for misrepresentation and promote more objective evaluation of the realities.

In his interaction with a group of civil society representatives, organized by the Kolkata-based Centre for Peace and Progress, the High Commissioner inter alia stressed the importance of sustained engagement and structured dialogue between India and Pakistan.

He particularly emphasized the positive role that the youth and the media could play in this endeavour.

Noting the particular trajectory of bilateral relations over the past 72 years, he said both sides must resolve to ensure that the next 72 years would be different.

High Commissioner Sohail Mahmood also visited the Urdu Academy of West Bengal, where he interacted with the academy members and saw the ongoing book fair.

The High Commissioner presented “Kuliyat-e-Iqbal” and a few books on different genres of Urdu literature for the academy’s library.

Later, the High Commissioner paid a visit to the National Library, the largest in India and successor to the Imperial Library, and saw its vast collection, including rare books and manuscripts.

He also visited the “Mother House” and paid homage to the remarkable life and achievements of Mother Teresa. He was briefed on her life-long mission of helping the poor, sick and the destitute, which is now being carried on by her followers.

In the last leg of the visit, the High Commissioner visited Jorasanko Thakur Bari, the house where famous Bengali poet Rabindranath Tagore was born and also breathed his last.

Altogether, Tagore spent almost 40 years of his life in that house, which is now a museum and serves as a living testimony to his monumental life and work.

High Commissioner Sohail Mahmood also visited other iconic places in Kolkata such as the Victoria Memorial and the Eden Gardens, and offered Friday prayer at the historic Tipu Sultan Mosque.

Sharing his impressions, he said he found Kolkata’s multiple layers of history and culture as fascinating. He hoped to return to the city, to carry on the outreach work.