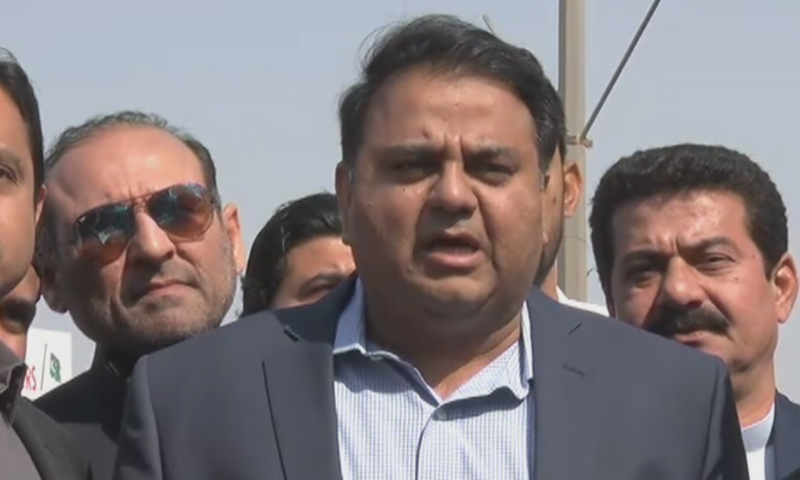 ISLAMABAD: Federal Minister for Information and Broadcasting, Chaudhry Fawad Hussain said that number of people from Pakistan Peoples Party would be arrested in days to come.

Asif Ali Zardari, Nawaz, Shahbaz and other elements involved in corruption cases wanted national reconciliation ordinance (NRO) from the present government, he said while talking to a private news channel.

Faryal Talpur and Zardari were facing the inquiry conducted by Joint Investigation Team (JIT), he said.

Commenting on pandemonium in NA, the minister said some elements from Opposition had been using the derogatory remarks, adding that reverence of the low house and leaders of the present government should be maintained at all cost.

We want respect of the parliament and premier, he said. The Opposition had always talked about national accountability bureau but they least bother to discuss at the form of parliament water issue in Karachi, unemployment etc.

To a question he said that in Punjab, the previous leaders of that government had wasted the national money on different projects.

He said disarray in the Punjab funds was due to the previous government of Punjab run by Shahbaz Sharif.

In reply to a question about dual laws in the country for prisoners, he said plutocrat was getting special treatment in jails while the poor was facing indifferent attitude of jail authorities.

We want to change the system, where equality and justice should prevail, he said.

To a question about media regulatory authorities, he said that there must be some procedural rules which should be followed for better working of the print media.

Those elements not performing well, should be de-seated. The information minister said that in the management sides of PTV, there was also need to focus for streamlining the system.

To another question about regulatory authority, he said suggestions had been forwarded to media, APNS, CPNE and concerned press club for review so that proper implementation of the labour laws and protection to journalist community performing duties in hard situation, could be ensured.

Underlining the need for research work in media, he said "we want to bring merit based system so that due results could be achieved in a proper manner. About 18th amendment, he said there was need to review the laws.