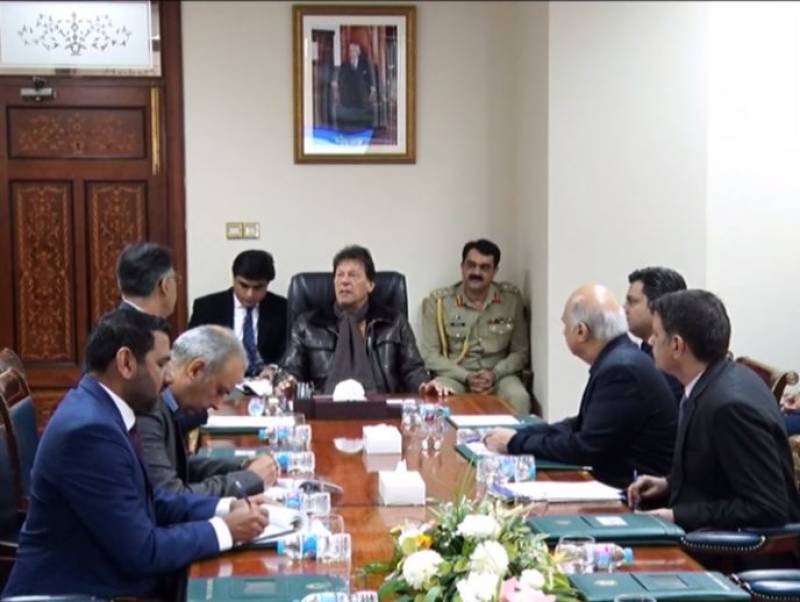 ISLAMABAD - Prime Minister Imran Khan has directed Federal Bureau of Revenue to focus on recovery from tax evaders and to broaden the tax net.

He was chairing a meeting in Islamabad on Wednesday to introduce reforms in FBR.

He emphasised on restoring people's trust in FBR.

The Prime Minister was briefed that new website and facilitation desk are being launched. It was said that internal audit department is being separated from FBR to enhance performance of the organization and ensure transpernancy.

It was informed that notices have been issued to hundreds of people in light of the information recieved from various sources regarding Pakistani citizens having taxable assets on foreign lands.

The meeting was told that Offshore Taxation Commissionerates have been established in Lahore, Karachi, Islamabad, Peshawar, Quetta, and Multan to investigate foreign assets of Pakistani citizens and to dispose of such cases on priority basis.

The Prime Minister was briefed that a comprehensvie plan has been prepared to introduce reforms in FBR aimed at facilitatoing tax payers instead of scaring them.