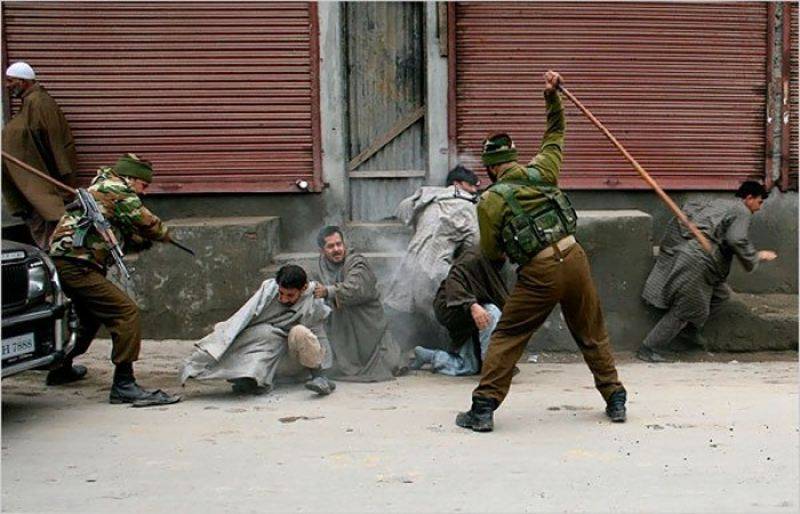 Addressing a seminar held in connection with the Kashmir Solidarity Day at Punjab University here, she urged the Pakistani youth to play their role in mustering international support for the freedom of Kashmir from the Indian yoke.

Mushaal, wife of Kashmiri freedom fighter Yasin Malik, said Indian forces were involved in target killing of the hapless Kashmiri youth and many engineers, pilots and PhD scholars had been martyred.

She said the passion of freedom among youth in Indian Occupied Kashmir was increasing day by day.

"Could you imagine a life under curfew, unemployment, and without medicine, electricity, internet, intellectual freedom and food," she said, urging the youth to use social media and directly send email to the UN Secretary General in support of Kashmir cause.

Mullick said freedom and Pakistan were the two loves of the Kashmiri people, adding that Kashmir issue was not a dispute over a piece of land but it was a matter of Kashmiris' right to self-determination.

She said draconian laws had been enforced to suppress the voice of freedom movement in the Indian-held Kashmir (IHK), adding people had disregarded any care for lives and fighting for their rights.

Talking about the Indian brutalities, she said Kashmiri children were being abused and women were being raped in the IHK, claiming that the genocide of Kashmiris was being committed by the Indian forces.

The Faisal auditorium of PU resonated with the slogans in solidarity with the Kashmir movement and the Kashmiri freedom fighters.