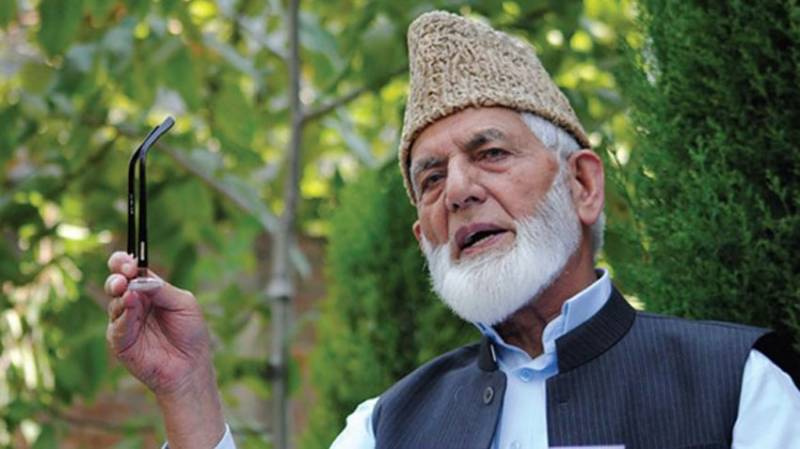 In occupied Kashmir, the Chairman of All Parties Hurriyat Conference, Syed Ali Gilani, says India has turned the territory into a battlefield where its oppression is touching new heights.

He said this in a telephonic address from Srinagar to the mourners of a martyred youth, Saqib Ahmed, in Arihal area of Pulwama.

Hurriyat Chairman said that New Delhi instead of accepting the ground realities was hell-bent to suppress the Kashmiris’ liberation struggle with its military might.

A delegation of Jammu and Kashmir Muslim League also visited Arihal area of Pulwama and expressed solidarity with the family of martyred Saqib Ahmed.

Chairman of Tehreek-e-Hurriyat Jammu and Kashmir, Muhammad Ashraf Sehrai, in a statement in Srinagar deplored the silence of world community over gross and systematic human rights violations being committed by Indian troops in occupied Kashmir.

On the other hand, Paris-based Reporters Without Borders in a statement posted on its website condemned the exclusion of several Kashmiri journalists from the coverage of a function in Srinagar by Indian police and said that barring these reporters was a serious violation of freedom of press.