Yemen Prime Minister prepares to flee for Saudi Arabia as Palace about to fall
30 Jan, 2018 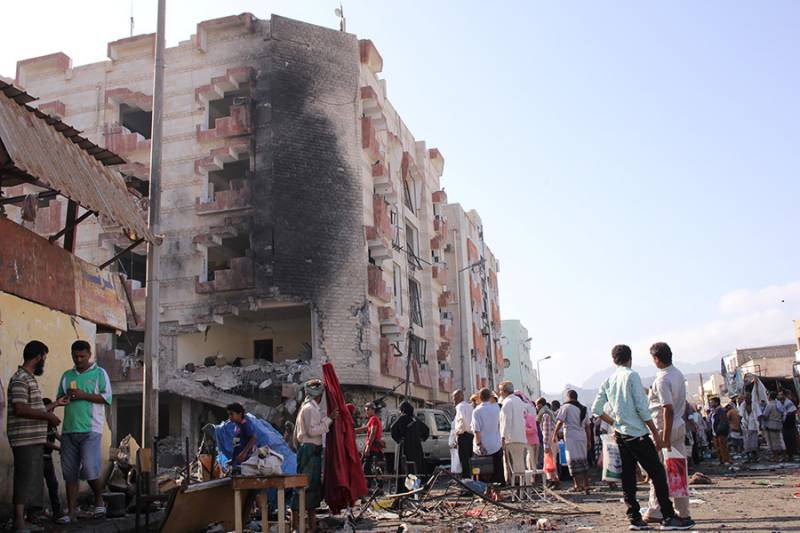 SANAA, Yemen - Yemen's prime minister was preparing to flee the country on Tuesday for Saudi Arabia after separatists seized the area around the presidential palace in the southern port city of Aden in fierce battles overnight, security officials said.

According to the officials, fighters loyal to the so-called Southern Transitional Council fought all way to the gates of the Palace of Maashiq in the district of Crater in Aden, forcing President Abed Rabbo Mansour Hadi's troops to abandon their positions. The officials said Hadi's prime minister and several Cabinet members would leave imminently to Riyadh.

The palace is the seat of Yemen's internationally backed government. The separatist forces did not enter the palace itself and were stopped by Saudi Arabian troops who have been guarding the palace for the past months.

However, a senior government official told The Associated Press that Prime Minister Ahmed Obaid Bin Daghar and several ministers remain inside and that the separatists have not seized the palace itself.

The official declined to say whether the prime minister was to leave Aden. The security officials and the government official spoke on condition of anonymity under regulations.

The fighting in Aden first erupted on Sunday, when a deadline issued by the separatists for the government to resign expired. Hadi, who himself is in self-imposed exile in Saudi Arabia has described the separatists' action as a "coup."

The violence in Aden has killed at least 36 people and wounded 185 since Sunday, according to the International Committee of the Red Cross.

It has also exposed deep divisions within the alliance between Hadi's government and the Saudi-led coalition. The two are fighting against Yemen's Shiite rebels, known as Houthis, who are in control of the country's north. The war started in 2015 when the Houthis captured much of the northern region after overrunning the capital, Sanaa.

The warring parties have been locked in a bloody stalemate for most of the last three years. Yemen's war has left over 10,000 civilians dead and 2 million displaced, with the United Nations saying Yemen is facing the world's worst humanitarian crisis.

But within the Saudi-led coalition, allies from the United Arab Emirates have trained the separatist forces and empowered them over the past year, in a direct challenge to Hadi, who is in Riyadh.

The unfolding events in Aden have thrown Yemen into deeper uncertainty.

The U.S. State Department has expressed concern and called upon all parties to "refrain from escalation and further bloodshed." Washington backs the Saudi-led coalition.

"We also call for dialogue among all parties in Aden to reach a political solution," the statement said. "The Yemeni people are already facing a dire humanitarian crisis. Additional divisions and violence within Yemen will only increase their suffering." - Agencies