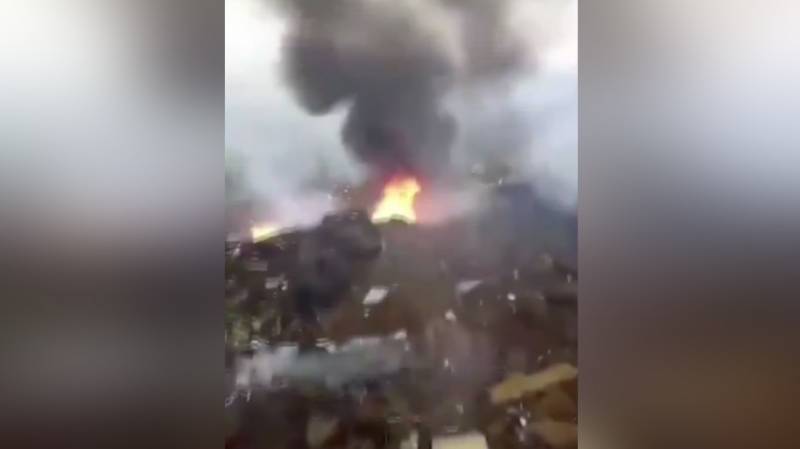 BEIJING - A Chinese military plane crashed in the southwest province of Guizhou during a training exercise on Monday. Footage from the scene shows the burning wreckage – however it’s not clear if there were any casualties.

The plane went down in Zhengchang Town, in the county of Suiyang, reported The Beijing News <link>, citing a government office. The incident was confirmed by the People’s Liberation Army Air Force on Chinese social media site Weibo, according to AP.

Dramatic footage shows the plane before it goes down. Emergency services were filmed at the scene after impact as flames and thick plumes of smoke rise from the debris.

China’s Air Force said <link> that a rescue operation was underway. No details were given on the type of plane involved or any possible casualties.