Upsurge of terrorism in Afghanistan is linked with suspension of Pakistani aid by Trump: Afghan officials
30 Jan, 2018 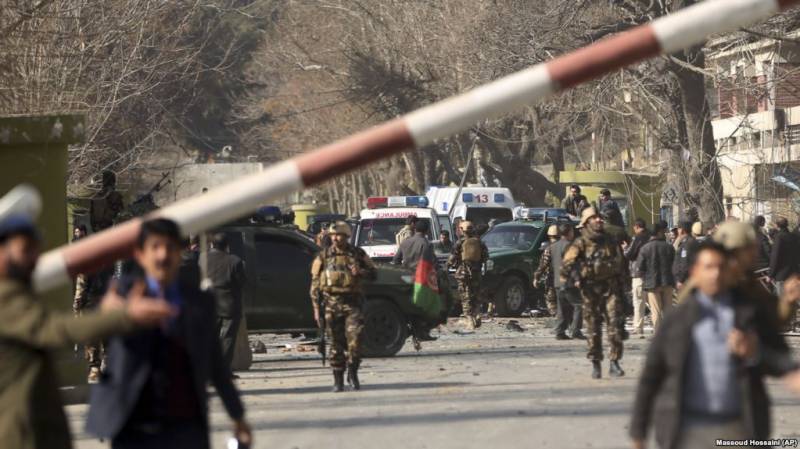 KABUL - Afghan officials have claimed that the upsurge of atrocities on their land is a direct response to the Trump administration’s suspension of aid for the Pakistani military.

The head of the Afghanistan’s intelligence service, NDS (National Directorate of Security) Masoom Stanekzai, stated that these were deadly attempts by the Pakistani backers of the insurgency to show they cannot be sidelined.

A senior diplomat in Kabul, Majeed Qarar, said there was evidence that the equipment used in the attacks had been given by the Pakistani military to Islamist fighters in Kashmir as well as Afghanistan. He also claimed that some of it had been supplied by a firm in the UK.

Qarar tweeted: “The night vision goggles found with Taliban attackers in … ANA [Afghan National Army] base were military grade goggles (Not sold to the public) procured by Pak[istan’s] army from a British company & supplied [to] Lashkar-e-Tayeeba in Kashmir & Taliban in Afghanistan.”

This follows statements by the NDS after the attack on the Intercontinental Hotel which killed 22 people, including 14 foreigners, that “the explosive materials seized in the vehicle shows that the material is made in Pakistan” and had been traced to a company based in Islamabad. In Washington, White House spokesperson Sarah Huckabee Sanders said: “We call on Pakistan to immediately arrest or expel the Taliban’s leaders and prevent the group from using Pakistani territory to support its operations. In Afghanistan, where terrorists attacked the hotel in Kabul, such attacks on civilians only strengthen our resolve to support our Afghan partners.”

The Afghan government also maintained there was Pakistani collusion in the suicide bombing that used an ambulance, which resulted in 103 deaths.

Pakistan has denied the accusation. “The people and the government of Pakistan condemn the terrorist blast in Kabul and extend heartfelt condolences to the families of those who lost their lives in this reprehensible act,” said a foreign ministry spokesman. “Terrorism is not the way forward.”