Total Moon Eclipse to be visible in Pakistan: Check out time and date
30 Jan, 2018 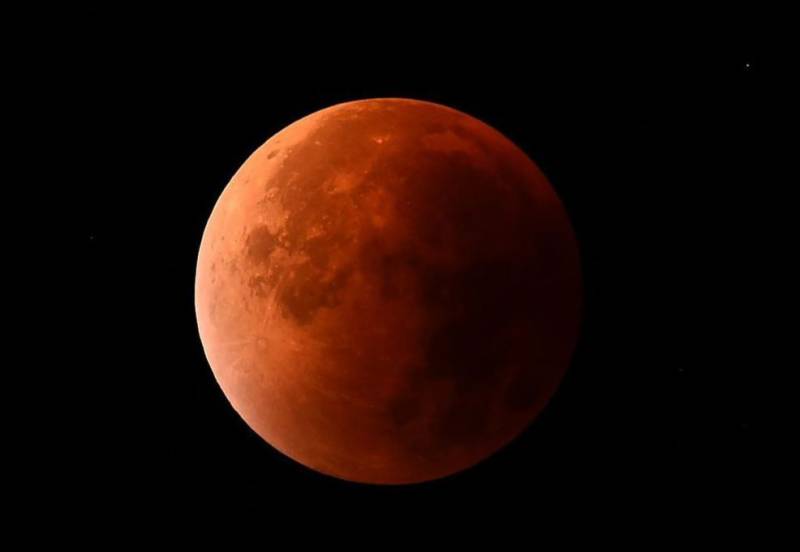 ISLAMABAD : A total moon eclipse will be fully visible in various parts of world including Pakistan on Wednesday at moonrise time.

It will be visible in large parts of United States (US), Northeastern Europe, Russia, Asia, the Indian Ocean, the Pacific, and Australia.

The total phase of this lunar eclipse, also known as a Blood Moon, would visible penumbra l at 15-51 PST, an official of Met office said.