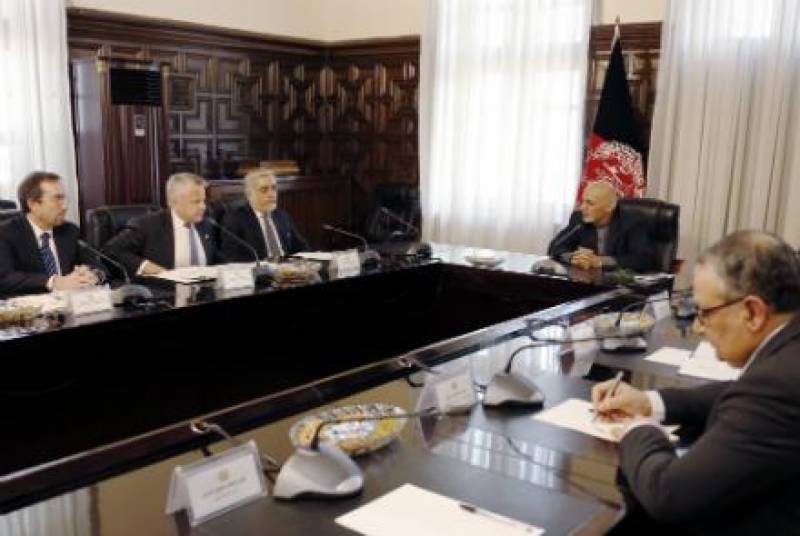 *KABUL - US Deputy Secretary of State John J. Sullivan held meetings in Kabul on Tuesday to reaffirm the United States’ support for Afghanistan at this difficult time, the US Embassy in Kabul said in a statement. *

The top US official met Afghan officials to discuss joint efforts to achieve the objectives of the US South Asia strategy and set the conditions for a peaceful resolution of the ongoing conflict, the statement said.

The Deputy Secretary’s visit underscores the United States’ commitment to working with the government and the Afghan people to bring peace, security, and sustained economic growth to Afghanistan and the region.

During the meetings, Sullivan discussed security cooperation; the importance of holding timely, credible, and inclusive parliamentary and presidential elections; and continued reforms designed to build a peaceful, secure, and prosperous future for the Afghan people, according to the statement.

The Deputy Secretary also engaged young leaders of civil society, members of the media, business leaders, individuals from across the political spectrum, and others to explore how the United States can help Afghans create a better future for themselves.

In addition, he met US government employees at the US Embassy and American troops serving in Afghanistan alongside the Afghan security forces.

He thanked both groups for their hard work in implementing the South Asia strategy.