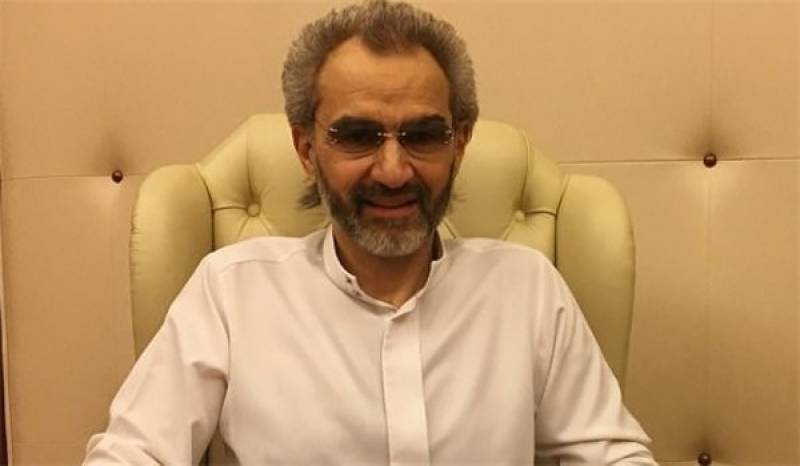 RIYADH - A source close to MbS told Daily Mail that the Prince is still being closely watched and not really free, as he was released from detention on Saturday after he made an undisclosed financial settlement with the Saudi government.

The source said the 63-year-old Prince, who is a nephew of King Salman bin Abdulaziz Al Saud, will have little control over his firm Kingdom Holding Company in the future, while bin Talal had claimed that he was expected to keep control of his global investment company Kingdom Holding without being required to give up assets to the government.

In an exclusive interview with Reuters at his suite at Ritz-Carlton Hotel, bin Talal, one of the richest men in the world, claimed that he had been well treated, rejecting reports of mistreatment and of being moved from Ritz-Carlton Hotel to a prison.

The source announced that the footage was organized after Al-Waleed's release to show he was being treated well, but was not the full story, confirming reports that Al-Waleed's family said the prince arrived home on Saturday.

“I have nothing to hide at all. I‘m so comfortable, I‘m so relaxed. I shave here, like at home. My barber comes here. I‘m like at home, frankly speaking,” the Prince had said, adding that “I told the government I’d stay as much as they want, because I want the truth to come out on all my dealings and on all things that are around me.”

The source added that "He's going to be under house arrest, he's not going to go anywhere. The plan was always to take all his money and then put him under house arrest, but they just had to expedite it because of the BBC asking questions", as the Crown Prince is said to have been angry over a BBC Newsnight documentary which revealed details of Al-Waleed's incarceration.

Saudi authority had demanded at least $6 billion from the prince to free him from detention at the Ritz, according to a report.

His fortune is estimated by Forbes to stand at USD 18.7 billion, which would make him the Middle East’s richest person. His Kingdom Holding, a Riyadh-based investment holding company, owns stakes in hotels like The Four Seasons, Fairmont and Raffles, as well as companies such as News Corp., Disney, 21st Century Fox, Citigroup, GM, Twitter, and Apple.

Saudi Arabia released all of the 200-or-so powerful individuals detained since early November 2017 on corruption charges, as it seems that businessmen and royals have reached deals with the government, according to Reuters citing a Saudi official. Riyadh had claimed that trial proceedings would begin soon for those who continue to deny the charges against them.

Dozens of princes, ministers, and former ministers were detained at Riyadh’s luxurious Ritz Carlton hotel on the orders of Saudi Arabia’s so-called Anti-Corruption Committee, which is headed by the Crown Prince. The detained individuals are facing corruption allegations but are widely believed to have been victims of a political purge. The royals have also been asked to fork out hefty ransoms reaching billions of dollars in some cases as some have since reached settlements with the government.

The crackdown in Saudi Arabia is widely believed to be aimed at consolidating the crown prince’s grip on power, but it is also speculated that the kingdom is seeking to rejuvenate its economy — hit hard by the fall in oil prices and a costly and protracted war on Yemen — by extorting money from the detainees.

Mohammed bin Salman who has attempted to portray the whole process as an “anti-corruption fight,” has meanwhile been splurging money abroad himself.

In December 2017, it was reported that bin Salman had used a “proxy” to buy Leonardo da Vinci’s painting the Salvator Mundi, which sold for a record $450 million at auction, and a yacht for $500 million. Also, an investigation named Salman as the owner of the Chateau Louis XIV, a mansion outside Paris, which had been sold to him for more than USD 300 million back in 2015.