Rahul Dravid teaches Indian U19 side about Indo Pak rivalry ahead of semifinal
30 Jan, 2018 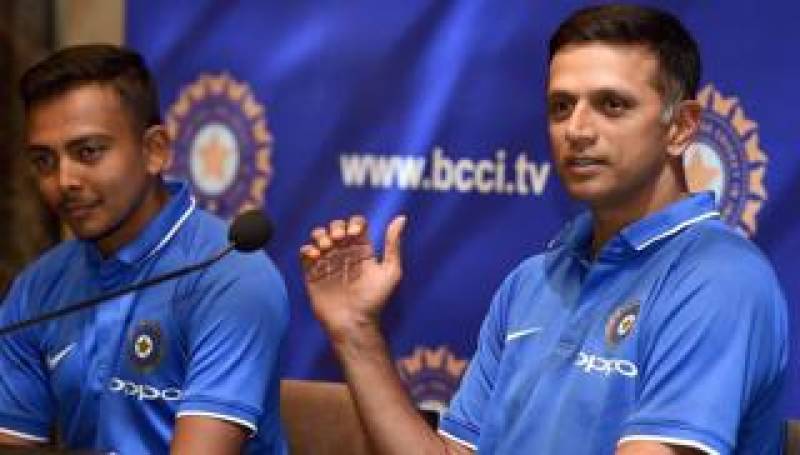 NEW DELHI - He knows a thing about the Indo-Pak cricketing rivalry and no wonder Rahul Dravid wants his wards to get an essence of what it means to face the arch-rivals when they square off today in the ICC U-19 World Cup semi-finals.

“Our preparation and our planning doesn’t change at all. We don’t approach this game any differently from how we would any other game. We still approach it to play good cricket, try and execute our skills and hopefully the result will fall our way,” Dravid was quoted as saying in a video posted by the ICC.

“But from an experience perspective, I am excited about it. The fact that, irrespective of the results, we get our Under-19 boys to understand what it’s like to play an India- Pakistan game. At this level, it is all about experiences,” the India U-19 coach added.

The India senior team has had a great record against Pakistan in ICC tournaments barring last year’s Champions Trophy final and Dravid knows that even the game at a junior level will be keenly followed.

“It’s great that we have been able to, in a way, set up an India-Pakistan game as well. There is a different buzz about it in the sense that we know that the game is followed probably a little bit more closely than some of the other games we have,” Dravid said.

“For the last couple of years, we haven’t played Pakistan at this level, so it’s really nice for our boys to have that experience of actually playing against Pakistan,” he added.