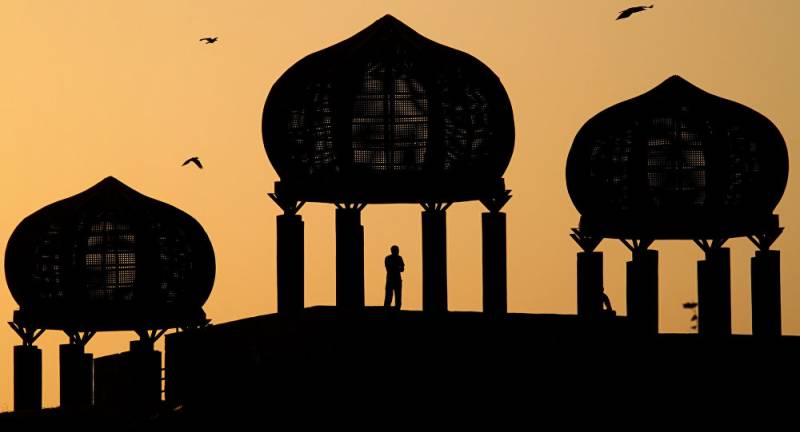 MOSCOW (Sputnik) - The statements of the United States regarding its multi-billion assistance to Pakistan to counter terrorism are not reliable and contradict facts, Pakistani Ambassador to Russia Qazi Khalilullah told Sputnik in an interview.

“The people and the Government of Pakistan were therefore deeply disappointed and hurt by the offensive allegations made in the recent provocative statements by the United States leadership, which were completely incomprehensible as they contradicted facts manifestly. They also ignored the enormous sacrifices rendered by the people of Pakistan while fighting terrorism,” Khalilullah said.

The ambassador stressed that Islamabad’s fight against terrorism had cost the lives of 70,000 citizens, including 6,500 military and law enforcement personnel, while the country’s economy lost more than $120 billion.

“The claims of billions of dollars in aid to Pakistan are also misleading. About half of the total amount is reimbursements to Pakistan since 2001 rather than any financial aid or assistance. The reimbursements only account for part of the cost of ground facilities and air corridors of Pakistan used by the United States for its operations in Afghanistan,” Khalilullah noted.

The statement comes nearly a month after US President Donald Trump accused Islamabad of providing a "safe haven to the terrorists" despite his country's multi-billion assistance to Pakistan.

Several day later, the US Department of State stated that Pakistan was not being aggressive enough in attacking the Afghan Taliban terrorist group or the Haqqani Network (affiliated with al-Qaeda and Taliban terrorist groups, both banned in Russia) and announced the suspension of security assistance <link> to Islamabad.

The ambassador further said that reports about the flow of Daesh militants from Syria and Iraq to Pakistan’s territory were incorrect.

“We have seen reports about Daesh fighters from Syria and Iraq having gone to several countries of the region. However, one has to make a distinction between reports and evidence. There is no evidence of such fighters having gone to any part of Pakistan. Let me also categorically state that Daesh does not have organized presence in Pakistan,” Khalilullah said.

The ambassador noted that Pakistan, including its tribal areas bordering Afghanistan, was not attractive to terrorists, since the Pakistani security forces had been conducting the "Zarb-e-Azb" and "Radd-ul Fasaad" anti-terrorist operations in the area for several years, adding that the operations had cost Pakistan $2 billion.

Khalilullah stressed that terrorism posed a threat to the security of all countries, and therefore relevant representatives of Russia and Pakistan are in constant contact.

“As coordinated efforts are required to eliminate this menace, Pakistani and Russian officials dealing with security issues remain in contact and also exchange information and visits …

As far as interaction between Pakistan and Russia on counter-terrorism is concerned, it takes place within the framework of a Consultative Mechanism on Counter-Terrorism existing between the two countries,” the ambassador said.

In October, Andrey Novikov, the head of the Commonwealth of Independent States Anti-Terrorism Center, told Sputnik that Daesh militants suffering losses in Syria were relocating to Pakistan’s province of Waziristan. He noted that relocation of significant IS forces from Syria to Iraq to the territory of Waziristan with further redistribution had been observed since the fall of 2016.