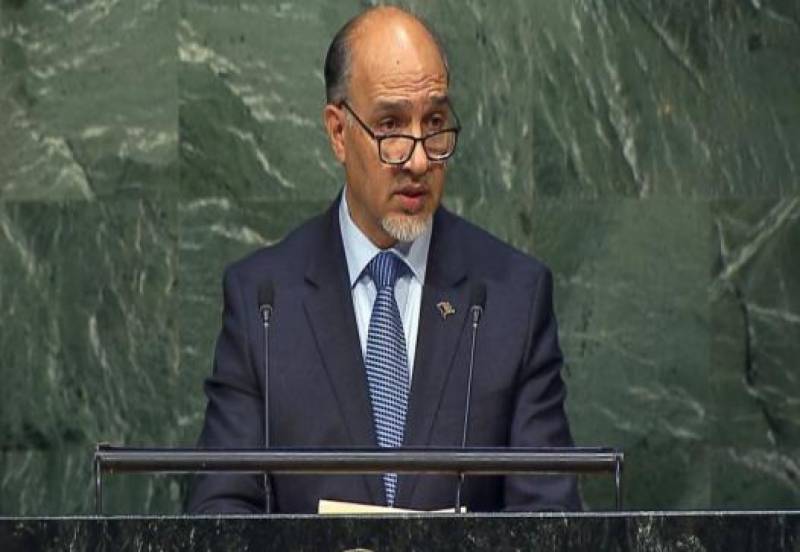 “Abdul Qahar, father of one of the terrorists involved in last week’s attack on Kabul Intercontinental Hotel, concedes his son was trained in Balochistan province by the ISI <link>,” Saikal tweeted.

The Taliban <link> claimed responsibilities for the attack. Pakistan, as expected, denied its involvement. A mid-level diplomat at the Afghan embassy in the US alleged the attack was planned by Pakistan.

“A clear proof that the attack on the hotel was planned in a madrasa on Pakistan's soil: Abdul Qahar, father of one of the suicide attackers, is an eyewitness of the story,” said Majeed Qarar, cultural attaché at the embassy of Afghanistan.

“The night vision goggles found with Taliban attackers in maiwand's ANA base were military grade goggles (Not sold to public) procured by Pak army from a British company & supplied 2 Lashkar-e-Taiba in Kashmir & Taliban in Afghanistan,” he said in another tweet.

Afghan Ambassador in Washington Hamidullah Mohib did not respond to questions on the tweet by his cultural attaché.

In an op-ed, Marvin G. Weinbaum, director for Afghanistan and Pakistan Studies at the Middle East Institute said the Taliban appeared to have chosen urban guerrilla warfare to demonstrate their undiminished strength as a fighting force.

“The Taliban are intent upon undermining the public's confidence that their government and its foreign allies can offer Afghans basic security," he said.