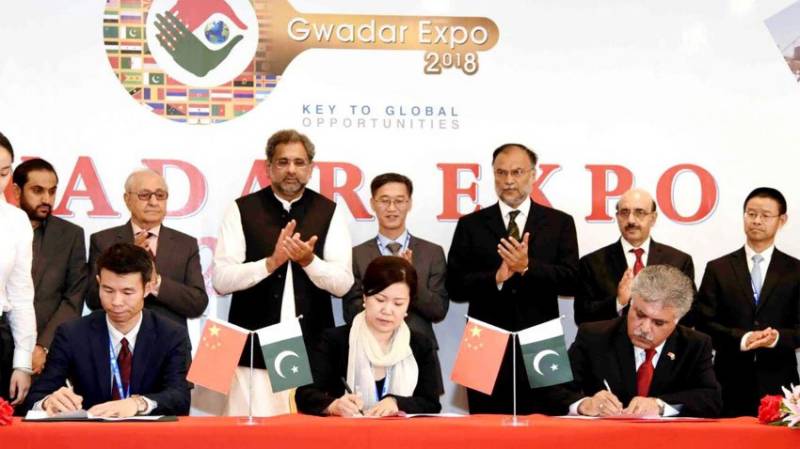 Pakistan and China signed five Agreements and a MoU in Gwadar on Monday for strengthening collaboration between Gwadar and the Chinese port cities.

The agreements declared Pakistan’s Gwadar and China’s Tianjin as sister ports, and Gwadar and Piung as sister cities.

Another agreement was signed for close cooperation among Pakistan State Oil, GITL and Gwadar.

The Securities and Exchange Commission of Pakistan and China’s Free Trade Zone Company signed an Agreement for cooperation in their respective field.

Another Agreement was signed between Gwadar and HATA Trade City.