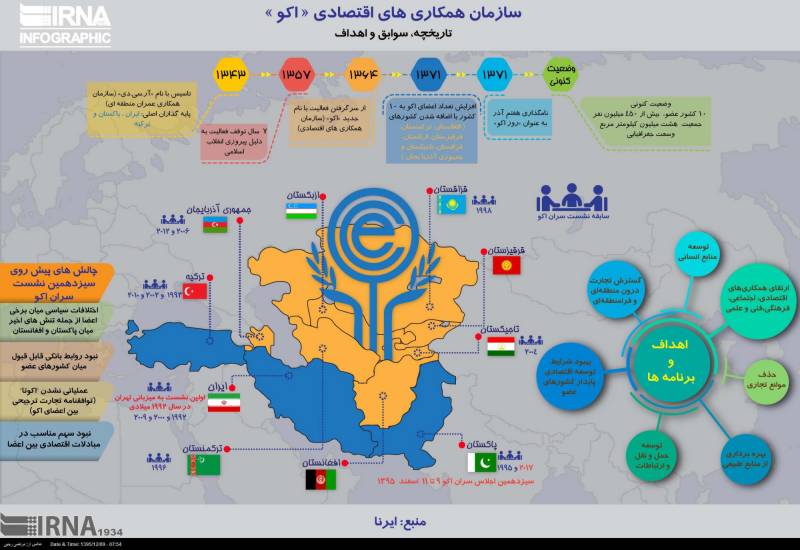 ISLAMABAD : Pakistan has vocally pursued the agenda of regional integration and advocated look inward approach to work jointly for regional development as Asia is rising and people of Asia have to be the masters of their own destiny.

This was stated by Chairman Senate Mian Raza Rabbani while addressing the inaugural session of the 3rd ECO Attorney General Conference being held in Pakistan from Tuesday.

Mian Raza Rabbani said that 21st century belongs to Asia and it is only through enhanced cooperation and linkages that we can rise together. The west, he said, has its own agenda and wants us to be divided and insecure but we, as Asians, need to exercise caution and face the challenges through a collective effort. He said that our challenges have a similar nature. Our resources are being exploited by imperialist mindset to their own benefit, he remarked.

He warned that century for Asia would mark the region as the centre of conspiracy to destabilize the region on ethnic, cultural and national divides as the major players are trying to create Regional conflicting hegemonies’ to feed the cold war necessities. Thus, Nations in the region lost sight of their future and stood split on ethnic and other divides for no good of their own, feeding only the purposes of ‘Major players’ in the cold war.

He said that the region as a whole has witnessed waves of destabilization and Pakistan, being strategically located, has remained the forefront of this subversion. “Destablization of one country of the Asia region is never equivalent to destabilization of one country rather its equivalent to one building block that has to craft the destiny of the region, and thus an enormous loss” Raza Rabbani said.

He said that Pakistan is signatory to or has ratified international conventions relating to human trafficking and has effectively addressed the issues of money laundering and terrorist financing and is taking actions to curb it. While giving a detailed account of steps taken by Pakistan, Chairman Senate said that in 2007, Pakistan’s Anti-Money Laundering Ordinance established the Financial Monitoring Unit, an autonomous body responsible for analysing suspicious currency transactions in Pakistan.

He said that two Bills titled, ‘Trafficking in Persons Bill’ and ‘Smuggling of Migrants Bill’ are under consideration in the Senate to the prevent and combat smuggling of migrants, promote and facilitate national and international cooperation for protection of victims. He, however, stressed that human smuggling and trafficking needs to be defined.

He said that developing world is being used as market for western products but its labour cannot access their lands leading to unequal economic conditions in developing countries and creating unrest giving international dimension to sense of deprivation amongst the citizenry. Chairman Senate said that this factor has close link with the war driven economies of the West giving rise to extremism and furthering terrorism. The West demands from us but our demands never meet affirmative responses.

He said that termed ECO a better platform for regional development and proposed that increased interaction among legislative, judicial and executive pillars would pave the way for opening up new vistas of mutual cooperation placing ECO at a more important and exclusive position. He suggested that in order to make your efforts more inclusive and effective, this platform of legal experts, similar events should be held for Parliamentarians (who draft legislation) and Executives (who implement the laws) so that inter-regional cohesive and complimentary legislation and procedures could be generated.

He said that this conference will provide an opportunity to ponder over mechanisms for mutual cooperation amongst member states in fight against transnational organized crime, common principles for fight against corruption, money laundering and preventive measures that can be taken with mutual assistance.