Not Haqqani Network but China’s expansion through CPEC is the target of US: Analysts
30 Jan, 2018 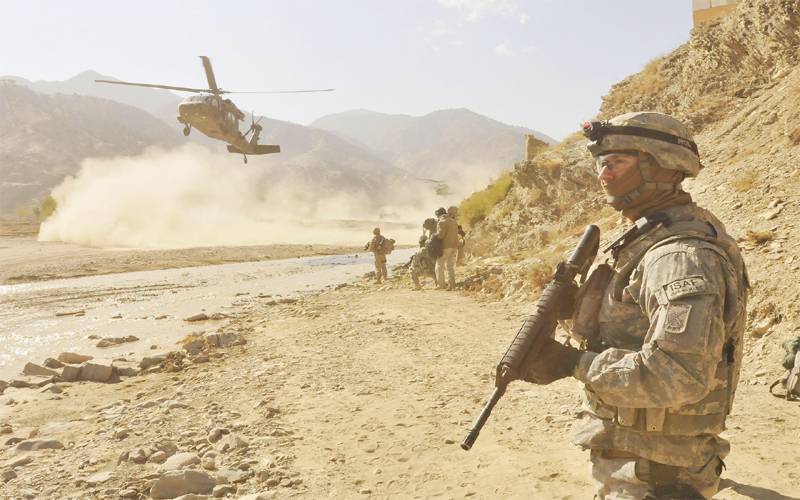 ISLAMABAD - Since September over five thousand soldiers lost their lives and 1,500 were injured due to Trump policies in Afghanistan. The US is responsible for the whole situation in Afghanistan.

The US tries to resolve all the issues in Afghanistan through wars and continuously trying to implement its policies through guns. The people of Afghanistan give least importance to their lives on the matters of national interest and they cannot accept the dictation of the US.

Now President Trump becomes confuse as he announced the victory of NATO in Afghanistan. Trump is under severe pressure as all his policies have been failed in Afghanistan.

The US should give proper time frame for peace in Afghanistan. Actual target of the US is Pakistan, China, Russia and CPEC.

Pakistan and China should find negotiated settlement for Afghan issue to ensure peace in the region.

On one side, the NATO has increased use of power and in retaliation Taliban also poses threats to the security situation in Afghanistan. Since 2001, a large number of US forces are present in Afghanistan and it is not clear that the use of force is not solution to the Afghan problem.

All the stakeholders should initiate talks to resolve the issues. Afghanistan should design policies along with the neighboring countries to ensure peace in the region.

The use of force will result in the loss of man and material in Afghanistan. The only solution to Afghanistan problem is talks and dialogue.

Such solution could benefit people and the government of Afghanistan.