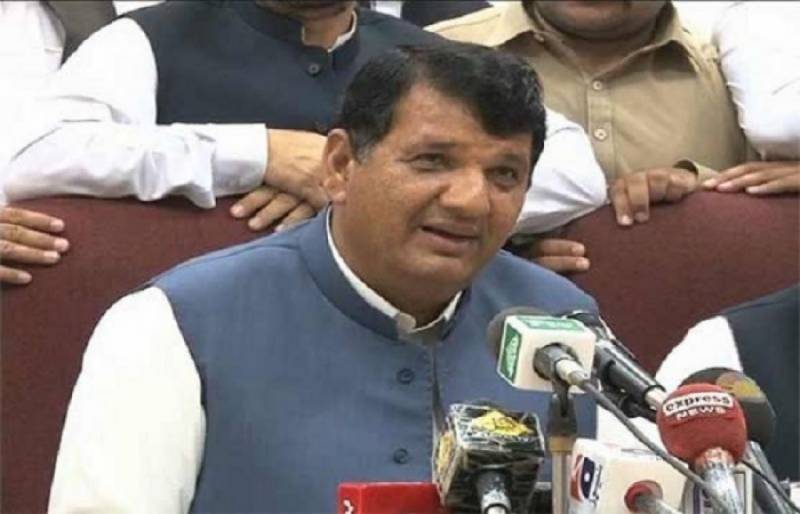 PESHAWAR: Advisor to the Prime Minister Engr Amir Muqam Monday alleged that Pakistan Tehreek-i-Insaf (PTI) Chairman Imran Khan had attended a function in Karachi held in connection with the celebration of India’s republic day, which showed that who was a friend of Indian Prime Minister Narendra Modi.

The PTI chief was staging a sit-in aimed at damaging the national economy when the parliament was in joint session to observe Kashmir Solidarity Day (in 2014), he said while addressing a party workers convention in Nowshera to review arrangements for PML-N public meeting to be addressed by party president Nawaz Sharif on February 4.

Engr Amir Muqam, who is also president of Pakistan Muslim League-Nawaz (PML-N) Khyber Pakhtunkhwa, said there was contradiction in actions and claims of Imran Khan. He (Imran) had obtained a PhD in how to raise hollow slogans, he alleged.

He said Imran Khan and Jamat-i-Islami chief Siraj-ul-Haq had different concepts of justice for Khyber Pakhtunkhwa and other parts of the country, especially Punjab. The inhuman incidents of D I Khan and Mardan failed to get notice of Imran Khan, but he was doing politics over gruesome incident of Kasur, he added.

Referring to the murder of Naqeebullah in Karachi, Amir Muqam questioned Pakistan People’s Party leader Asif Ali Zardari as to where SSP Malir Rao Anwar had escaped. He asked the Sindh government to find out Rao Anwar and start judicial proceedings against him for the extra-judicial killing.

He said the KP people had great expectations from the PML-N leadership and they would attend the Feb 4 public meeting.