Mihrab Shifts at the Prophet’s Mosque in Madinah
30 Jan, 2018 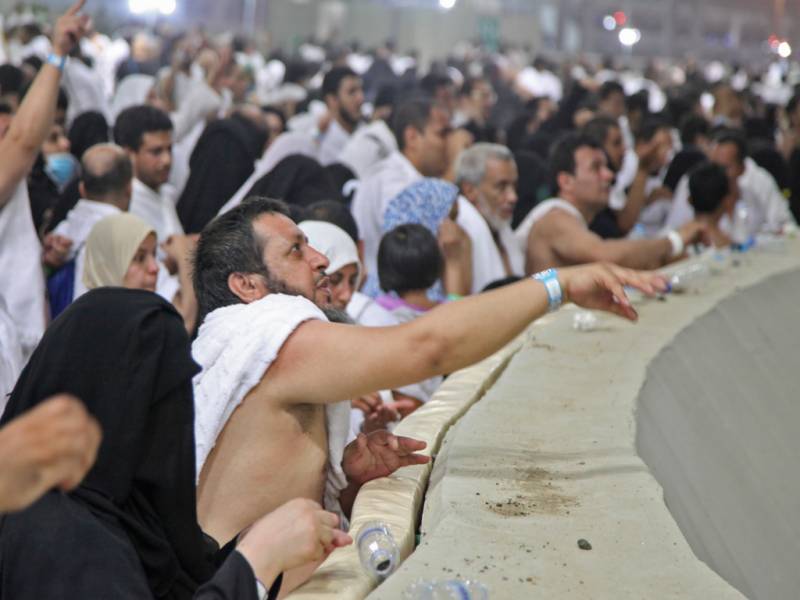 ISLAMABAD: The recent move by Saudi authorities to shift the Mihrab (prayer niche showing direction of qibla) at the Prophet’s Mosque in Madinah to the Prophet’s Mihrab, located behind the present one, has facilitated movement of faithful who want to pay homage to Prophet Muhammad (peace be upon him).

Abdul Wahid Ali Al-Hattab, adviser at the Presidency for the Affairs of the Two Holy Mosques talking to Saudi Gazette said Islamic scholars and prominent personalities as well as pilgrims from around the world have hailed the idea to ease difficulties of pilgrims and worshipers who intend to greet the Prophet (PBUH).

“The shifting process was carried out in phases,” the adviser told while attending its programme named “From the vicinity of Taiba” conducted by Wael Rafeek. The Prophet’s Mihrab was used first on Friday, last month.

The Mihrab was also used for Maghreb and Isha prayers on several days. “When we found that the idea was good and effective we decided to use this mihrab for all prayers,” he explained.

Sheikh Abdulrahman Al-Sudais, head of the presidency and imam and khateeb of the Grand Mosque in Makkah, had previously announced the plan to shift the Mihrab.

The move reduced the time taken by an individual to visit the Prophet’s grave and pay him homage from 15 minutes to 20 seconds. The faithful can now enter Al-Ruwaq area to reach the graves of the Prophet and his two companions and get out through Baqie Gate within no time.

Al-Hattab commended the Saudi leadership for approving the measure that was taken for the benefit of visitors of the Prophet’s Mosque and help them perform their religious duties with comfort.

“Saudi Arabia has been doing a great job over the past several decades to ensure the security and safety of pilgrims who come to perform Haj and Umrah,” the adviser said.