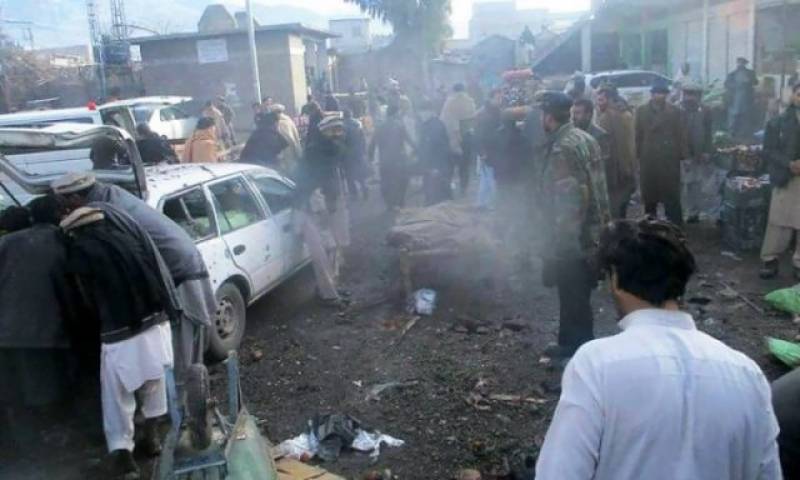 PARACHINAR: Six of a family lost their lives in a landmine explosion in Kurram Agency on Tuesday, reported.

According to political administration, the explosives detonated when a car hit a landmine at Maqbal area of Kurram Agency.

Security sources stated that the explosives were planted on the corner of a street.

Six people lost their lives while a person sustained injuries in the blast. The dead bodies and wounded was shifted to a nearby medical facility.

Security forces reached the scene and cordoned off the area.