Is recent wave of terrorism in Kabul a conspiracy against Pakistan
30 Jan, 2018 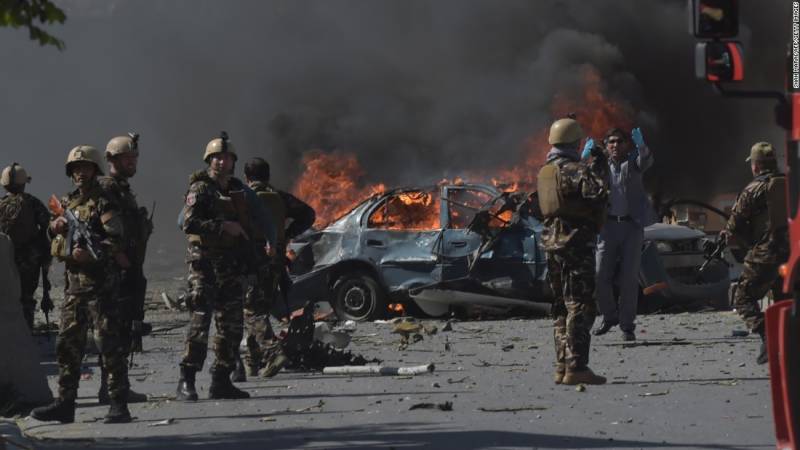 KABUL - The sudden rise in suicide attacks, both in frequency and intensity, in Afghanistan especially Capital Kabul raises serious questions as to who was really behind these dastardly acts causing enormous civilian casualties.

After 22 people were killed in an attack on Intercontinental Hotel, responsibility claimed by Daesh, 103 lost their lives besides injuries to 235 others in a suicide attack in the centre of Afghan Capital using an ambulance van.

This was followed by an attack on Marshal Fahim National Defence University on Monday.

According to media reports, there is despair and anger among residents of Kabul at the seemingly endless wave of attacks who justifiably ask whether there was a government in Afghanistan.

Enhanced attacks in Kabul, which is being looked after not only by Afghan Government and its army but also the foreign troops, should be a matter for concern and this raises legitimate concerns whether the present policy of military solution would produce any results.

Analysts and strategists also apprehend that all this could be part of a well thought out plan to create justification for full-fledged military operation which could also include cross border attacks on ‘safe havens for terrorists’ as claimed earlier both by Afghan Government and the US.

It was next to impossible that Daesh or Taliban would carry out attack after attack and that too on sensitive targets as well without any worthwhile resistance.

How is it possible that the United States that has massive intelligence presence, both land and aerial, is unable to get information on such well-planned attacks? The motives also become clear from the statement of President Trump who has urged all nations to crack down on the Taliban group that orchestrated terrorist attack in Kabul.

His Secretary of State Rex Tillerson has warned that those who support terrorists or offer sanctuaries to them will no longer be tolerated.

The statement is understandably aimed at Pakistan and should leave no doubt about what plans the United States has for the region.

Whatever the motives and designs, the world in general and the United States in particular must not forget that use of force has miserably failed to produce any result in Afghanistan and it is unlikely to yield any positive outcome in future.

Even the areas that were previously thought to be under some control of the Afghan Government are also now vulnerable and, therefore, peace can only come through dialogue and reconciliation and not by shifting blame of failures to Pakistan.