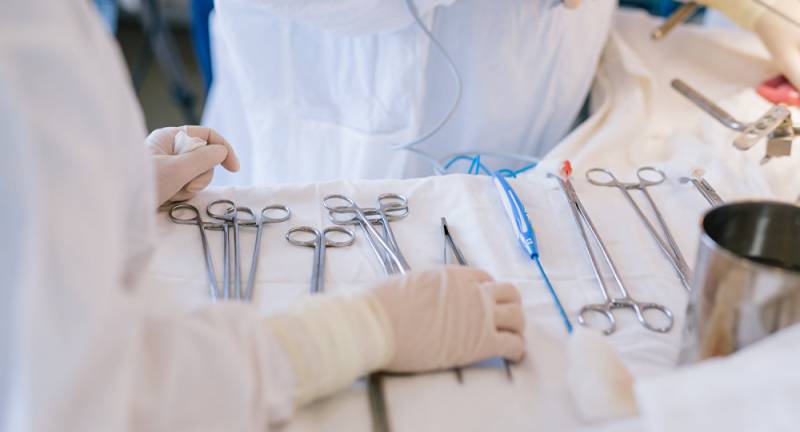 LONDON - Rights groups, doctors and politicians have been urging the National Health Service to start an inquiry into whether tools used in hospitals were made with child labor.

The NHS has admitted it cannot be sure where surgical tools and equipment come from. According to reports, they could be the product of child exploitation in Pakistan. Reports suggest that under-aged children have been working in workshops, with boys getting paid less than $1 a day to produce the surgical tools for export in the city of Sialkot, Punjab province, where Pakistan’s major surgical instrument production is based.

NHS Supply Chain prohibits child labor from its “first tier” suppliers, many of which are based in the United Kingdom, although, the company stated that it did not know which manufacturers were used in Pakistan.

“For many of the instruments I use, I have no reliable way of ensuring they have not been made by children.” said Dr. Mahmood Bhutta, an NHS surgeon and founder of the British Medical Association’s (BMA) Medical Fair and Ethical Trade Group.

According to the report, Britain is the third largest buyer of surgical tools from Pakistan.

"We still don't know where most surgical instruments coming into the NHS are made. But we do know a lot of them will have come from Pakistan. I would be amazed if at least some of the instruments used in the NHS weren't made in these small workshops," he added.

The NHS Supply Chain’s spokesperson, said in a statement that the company remained committed to addressing labor standard issues with suppliers.

“We are aware of the potential for labor standards abuses to occur within supply chains [for] surgical instruments, which is why we have taken steps to increase requirements for supplier due diligence in our contracts and worked … to develop guidance and systems to address these issues,” she said.

“We believe that the supplier code of conduct, the LSAS [Labor Standards Assurance System] approach and the guidance and advice that we have provided to our suppliers has been effective in shining a light on the issue across the industry, however, we are not complacent and we recognize that it will require continued effort and vigilance across the sector to raise and maintain standards uniformly.”