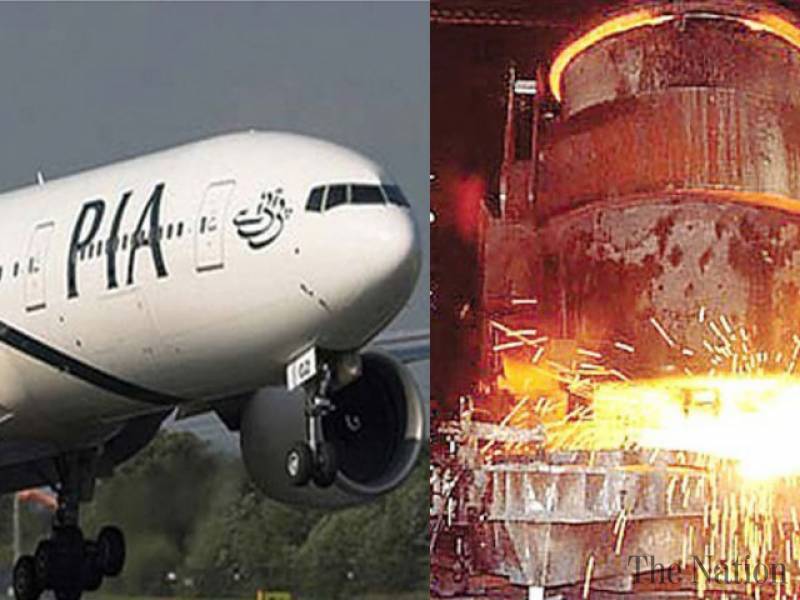 ISLAMABAD - The Senate’s Standing Committee on Privatization was informed Tuesday that the Privatization Commission was currently working on the strategic sale of loss-making state-owned enterprises, including PSM, PIA and SME Bank in order to enhance their efficiency turning them into profitable entities.

The committee, which met here with Senator Mohisn Aziz in the chair, discussed the matters related to the privatization of Pakistan International Airlines (PIA), Pakistan Steel Mills (PSM) and and other loss-making organizations of the country.

Minister for Privatization Daniyal Aziz informed the meeting that the Privatization Commission was currently working on the privatization of Small and Medium Enterprises Bank, Mari Petroleum Company Limited, PSM and PIA.

He said privatization of any entity was conducted through a transparent process and all the stakeholders, including the entity, administrative line organizations, regulatory bodies were taken on board and the cabinet committee on privatization supervised all the proceedings and accord the necessary approval.

He said about 68 sick organizations were eating over Rs 650 billion annually, which could be spent on the provision of health, education, clean drinking water and infrastructure building for the socio-economic uplift of the country.

He said the PIA was facing Rs 350 billion losses, whereas the government was providing Rs 380 million to the PSM to pay monthly salaries of its employees.

By saving those amounts the government could spend about Rs 6 billion in every district of the country to fulfill the social sector needs, he added.

The Secretary Privatization informed the meeting that protection of employees’ rights was on top of the government’s privatization agenda. The Council of Common Interests had approved the privatization of PSM as its total liability stood at Rs 188 billion, he added.

The financial advisor of the PSM had made a transaction structure for leasing the core land and plant for 30 years, he said, adding the liabilities settlement plan was vital for the privatization of the entity.

He said the PSM had spent the provident fund and gratuity amounts of its employees and the liabilities of its 3,000 employees had reached Rs 15 billion. - APP