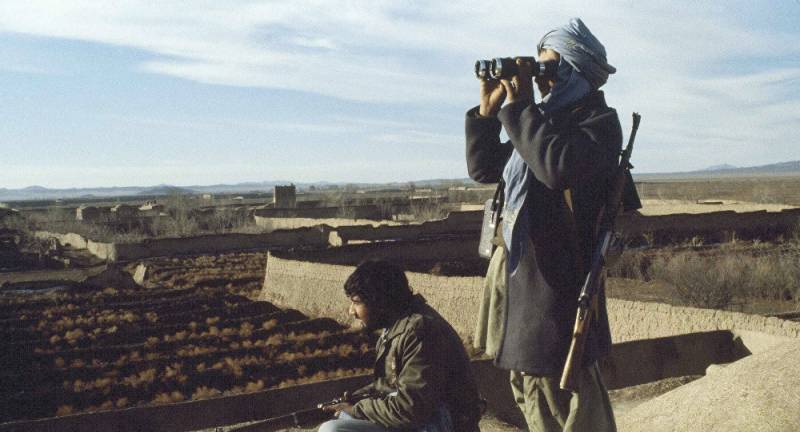 LONDON - On December 27 1979, the Soviet Union started an operation in Afghanistan after its government's requests, in response to a violent rebellion by extreme opposition elements. The conflict became an international effort, with thousands flocking from the Middle East and North Africa to assist Afghan Muslims in a “holy war” against the Soviet Army, Sputnik has reported.

American support for these fighters, under the auspices of Operation Cyclone <link>, is well-documented.

While supportive of these efforts, then-UK Prime Minister Margaret Thatcher and other officials actively denied British involvement in the efforts.

However, newly published declassified files <link> reveal Britain provided direct financial, material and practical support to resistance fighters before and during the Soviet occupation, in what may well represent the UK's largest post-war intelligence operation since 1945.

On July 3 1979 <link>, US President Jimmy Carter signed a covert directive that provided secret aid to violent opposition fighters in Afghanistan. As Zbigniew Brzezinski, Carter's National Security Advisor, later explained, the aid was sent in the full knowledge it would prompt the government to request Soviet military assistance.

"That secret operation was an excellent idea. It [drew] the Russians into the Afghan trap. The day the Soviets crossed the border, I wrote to President Carter: we now have the opportunity of giving the USSR its Vietnam War. Indeed, for almost 10 years, Moscow [carried[ on a war unsupportable by the government, a conflict that brought about the demoralization and finally the breakup of the Soviet empire," Brzezinski told Counterpunch <link> in 1998.

However, the files indicate the US was not alone — Britain also covertly supported the Afghan rebels before the Soviet invasion.

On December 17 1979 <link>, 10 days prior to the Soviet Army's entrance to the country, US Vice President Walter Mondale convened a meeting in the White House — officials agreed to discuss with Britain "the possibility of improving the financing, arming and communications of the rebel forces to make it as expensive as possible for the Soviets to continue their support

The UK duly agreed to train the jihadist resistance in Afghanistan, and send military specialists to support their efforts.

While the operation was carried out entirely in secret, Thatcher effectively acknowledged the policy — and its motivations — on January 28 the next year, during a parliamentary debate <link>.

"If [the Soviet] hold on Afghanistan is consolidated, the Soviet Union will have vastly extended its borders with Iran, acquired a border over 1,000 miles long with Pakistan, and advanced to within 300 miles of the Straits of Hormuz, which control the Persian Gulf," she said.

The files reveal while the US provided far more in financial and material terms to the Afghan jihad, the UK played a direct combat role, with covert British forces — in particular the SAS — practically supporting resistance groups.

Current and former SAS officers trained numerous jihadi forces at MI6 and CIA bases in Saudi Arabia and Oman, teaching them sabotage, reconnaissance, attack planning, arson, and how to use explosive devices, heavy artillery such as mortars, and attack aircraft, among other things.

The SAS also, in conjunction with US special forces, training Pakistan's Special Services Group (SSG), which led insurrectionary operations in Afghanistan, in the hope officers could impart their learned expertise directly to jihadists in Afghanistan.

Mujahideen were also trained <link> in the UK — snuck into the country as tourists, they spent three-weeks at a time in camps situated in Scotland and the North of England. A key trainer was Brigadier General Rahmatullah Safi, former senior officer in the royal Afghan army who, who'd lived in the UK since the 1970s. He trained as many as 8,000, continuing to live in the UK well into the 1990s, when he was regarded <link>by the United Nations as the Taliban's key representative in Europe, by then the undisputed rulers of Afghanistan.

One key individual supported by the UK was Hadji Abdul Haq, of the Hizb-i-Islami group. He was provided 600 ‘Blowpipe' anti-aircraft missiles missiles and maps of Soviet military positions by MI6, and introduced to the CIA.

[image: U.S. soldiers patrol the perimeter of a weapons cache four miles of the US military base in Bagram, Afghanistan (File)] Unlike many other jihadist groups, Haq had no qualms about targeting innocent civilians, arranging the infamous September 1984 bombing <link>at Kabul airport, which killed 28, and attacks on hotels.

Despite this, in March 1986 he was welcomed to the UK as a guest of Thatcher. An official spokesperson explained at the time the Prime Minister had "a degree of sympathy with the Afghan cause" as they were "trying to rid their country of invaders, which you cannot say of the ANC or PLO."

In reality, far in excess of a "degree of sympathy" with Afghan fighters, by that point the UK's role in the conflict entailed directly military involvement not only in Afghanistan, but the Central Asian republics of the Soviet Union. MI6 organized and executed "scores" of terror strikes in Tajikistan and Uzbekistan, on the basis Red Army troop supplies flowed from these areas — the first direct Western attacks on the Soviet Union since the 1950s. MI6 also funded the spread of extremist Islamic literature in the Soviet republics.

Soviet forces would eventually leave Afghanistan February 15 1989, leaving the government of Mohammed Najibullah to be overthrown in 1992. By 1996, the Taliban had taken control of the country, during which time strong restrictions were imposed on women, public executions were reinstituted, and international aid was prevented from entering Afghanistan, leading to thousands of deaths through starvation.

The US/UK policy had significant ramifications not only for the future of Afghanistan, but the world. During the conflict, many individuals funded, armed and trained by the West formed militant groups, which in years to come would carry out terrorist attacks across the Middle East, Europe and North America.

For instance, the globally infamous al-Qaeda was led and peopled by former members of the anti-Soviet jihadist resistance — in a July 8 2005 column for The Guardian <link>, former UK Foreign Secretary Robin Cook noted the group's leader, the now-slain Osama Bin Laden, was "throughout the 1980s" armed by "the CIA, and funded by the Saudis, to wage jihad against the Russian occupation of Afghanistan."

"Al-Qaeda, literally ‘the database', was originally the computer file of the thousands of mujahideen who were recruited and trained with help from the CIA to defeat the Russians," Cook wrote.

Missing from Cook's list of culpable parties were the British, and MI6. While there is no evidence of direct financial or material support given to Bin Laden by London in the files, he is known <link> to have been granted entry to the UK on many occasions through the 1980s, speaking at several mosques and Islamic centers.

Moreover, several camps used by the mujahideen during the Soviet-Afghan war, such as the infamous Tora Bora, were constructed with British funding — these camps would subsequently serve as training centers and planning hubs for domestic and international terror strikes by al-Qaeda.

The weaponry supplied by the UK to extremist forces also assisted the efforts of extremist groups in Afghanistan and elsewhere. For instance, Blowpipe missiles have regularly been found in Taliban and al-Qaeda arms-caches across the country since the 2001 US-led invasion — as late as 2010 <link>, the mainstream media was reporting the shoulder-fired missiles were a major threat to US troops.

In essence, the UK both directly and indirectly assisted in the global rise of Islamist terrorism in the wake of the conflict — were it not for their arms, supplies, training and funding, scores of extremists would lack the means and infrastructure to plan and conduct major atrocities.

​The damning files were made available via UK historian Mark Curtis' "Declassified" project <link>, which aims to construct a fully comprehensive and searchable collection of British government documents, making them more accessible to the public than currently. Moreover, the initiative seeks to encourage and support other researchers in their own efforts, leading to the publication of more documents.