Deadly terrorism wave in Afghanistan, US strikes against Haqqani network in Pakistan may not be ruled out
30 Jan, 2018 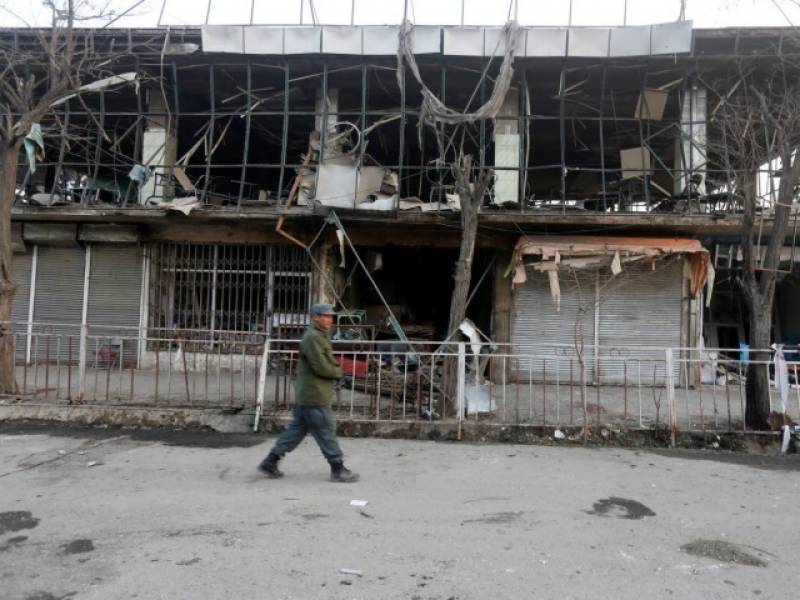 WASHINGTON DC: The United States is confident that the Haqqani network was behind the Taliban’s Saturday ambulance bomb in Kabul that killed more than 100 people, officials say, a conclusion that could add friction to ties between Washington and Islamabad.

The United States has long blamed militant havens in Pakistan for prolonging the war in Afghanistan, accusing Pakistan of giving insurgents from the Haqqani network a place to plot attacks and rebuild their forces.

“We are very confident the Taliban Haqqani network was behind the killing of more than 103 people this past Saturday,” said Captain Tom Gresback, a US military spokesperson for the NATO-led Resolute Support mission in Afghanistan, without elaborating further on US intelligence or offering any link to Pakistan.

Another US official, speaking on condition of anonymity, also told Reuters the United States believed the attack was the work of the Taliban-affiliated Haqqani network, which Washington and Kabul have long accused of being behind some of the Afghanistan’s most deadly attacks.

Afghanistan’s envoy to the United Nations, Mahmoud Saikal, on Monday suggested the plot was too complex for the Taliban to have developed on their own.

“Given the degree of sophistication … can you expect an illiterate Taliban to come up with this kind of genius plot, using ambulances?” Saikal told Reuters in an interview, adding Kabul was still gathering information. “It’s not a simple thing to do.”

Saturday’s blast, claimed by the Taliban, was the deadliest since 150 people were killed in a huge truck bomb explosion last May near the German embassy, which US officials also blamed on the Haqqani network.

It followed another Taliban-claimed attack a week earlier that killed more than 20 people in a siege of the city’s Intercontinental Hotel.

On Monday, militants raided a military academy in Kabul, the Afghan capital, killing 11 soldiers. Islamic State claimed responsibility for the attack near the Marshal Fahim military academy on the city’s western outskirts.

The attacks have put pressure on President Ashraf Ghani and his US allies, who have expressed growing confidence that a new, more aggressive military strategy has succeeded in driving Taliban insurgents back from major provincial centres.

Ties between the United States and Pakistan are already brittle after Washington announced plans earlier in January to suspend up to roughly $2 billion in US security assistance. US President Donald Trump tweeted that Pakistan had rewarded past US aid with “nothing but lies & deceit”.

Pakistan, which denies the accusations it allows havens for militants, condemned Saturday’s attack and accused Washington of betrayal.

As tensions rise, the United States has been quietly examining ways to mitigate any retaliation by Pakistan, a crucial gateway for US military supplies destined for troops fighting the 16-year-old war in landlocked Afghanistan.

It also has not ruled out additional steps, including unilateral strikes in Pakistan against Haqqani targets.

Saikal renewed the longstanding Afghan concern that the plots for these attacks were coming from Pakistan and cheered Trump’s rejection on Monday of the possibility of peace talks with the Taliban.

“We hope the fight also includes focus on where the terrorist attacks are plotted and organised,” he said in an interview.